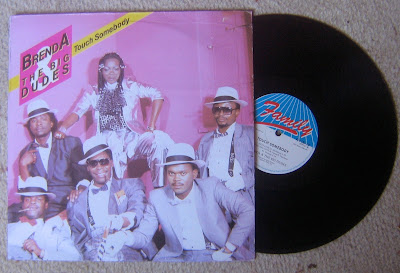 Perhaps the only track to rival “Burn Out” as ultimate SA pop song was Brenda Fassie’s breakthrough hit “Weekend Special,” first released in 1983. But Ma Brr was so full of hits, it’s hard to not get distracted. Around the time Brenda was pregnant with her first son Bongani (by Big Dude Dumisani Ngubeni), a 19-year old Yvonne Chaka Chaka burst onto the scene with “I’m in Love with a DJ” and a string of hits that threatened Brenda’s dominance. Around the same time, “Weekend Special“ was remixed in New York and released internationally on Capitol Records, entering the Billboard Hot Black singles chart in March 1986, where it remaining for eight weeks. The song enjoyed radio play throughout southern Africa. Brenda and the Big Dudes toured the USA, UK, Europe, Australia and Brazil.


Answering critics who might have suggested that she was still living in ‘83, Brenda and The Big Dudes released fresh material on local ears that same year. “Touch Somebody” was the title track and biggest hit on the four-track album. The music video for the single features Brenda in factory overalls before slipping into a black cocktail dress. Other tracks on the album were the huge hit “Bongani,” co-written by both parents, “Dizzy Love,” featuring a bad-ass breakdown three quarters into the song, and “Thrilling Love,” another winner. It’s better and more important than “Weekend Special.” I got it for 25 bucks from Revolution Records in Observatory, CT, not far from where she was born. Sadly, this album was to be the end of Brenda and the Big Dudes, with the mercurial singer parting ways with the band, wanting, deservedly, a greater percentage of royalties. Fassie continued to record the soundtrack of South Africa until her untimely death in 2004. 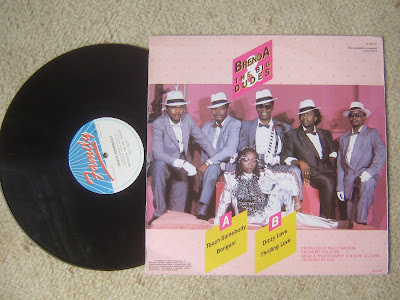