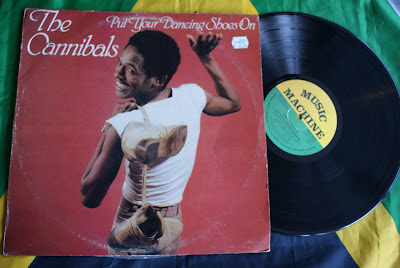 Founded in ‘72 and led by Ray Phiri on guitar, the initially instrumental Cannibals in 1975 paired up with Jacob 'Mpharanyana' Radebe, arguably the greatest male singer of the pre-disco soul era. As Radebe’s backing band, they recorded a string of hits over the next four years before Radebe died at the peak of his fame. As with Harari, his death forced the remaining members to regroup and change direction. Released in 1981, Put Your Dancing Shoes On is an eight-track stomper of synthesizer-infused disco-funk, their second album since Radebe’s death. In the words of Elliot Makhaya, then showbiz editor for The Sowetan who wrote the original sleeve notes, “The title tune is a mover. Unless you have iron-socks on, this item will get ya strutting across the dance-floor.” It followed by the equally infectious “We Got them Dancing” and “Hey Tonight”. My favourite is the end of side A, “Get off my Way,” for its funky as hell call and response vocals.

Behind Phiri was Ephraim Hlophe on keyboards, Richard Shongwe’s bass guitar and drummer Isaac Mtshali. Guest string and synthesizer arranger is Mac Mathunjwa, the uncle of Joe Nina. Special vocal efffects on 'Genesis' by Lionel Peterson. “It’s like a feast of cannibals.” Makhaya’s notes continue. “But not the feasting on their own kind. It’s just a musical feast, dad!  The Cannibals burn brightly and have proved inexhaustible. They deliver a soul-brew to warm ya aching soul.” The album was produced by the late Marks Mankwane of Mahlathini & the Mahotella Queens.

Struggling without their popular frontman, The Cannibals released one more album Total Rejection that year before merging with members of The Movers to become the mighty Stimela (after a short stint as Kumasi), a few years later featuring on Paul Simon’s Graceland. 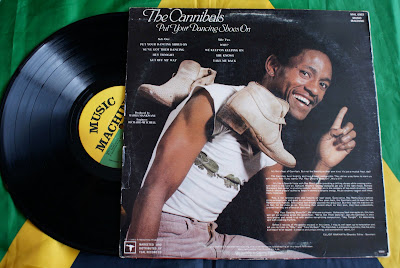