SUPERTRAX – So Good To Be Here…Brothers and Sisters (1980) 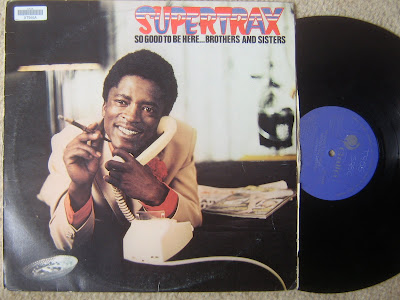 Jam-packed full of funked-up basslines and synthesized soul, Supertrax started the decade with a kick in the pants. Draw what you can from song titles like “Set me Free” and “Let Yourself go Freely”, but beyond the sleeve declaration that “this album is dedicated to love and harmony amongst all people,” political content takes a back seat to smoove love, with plenty of suitably sexy lyrics (“dim all the lights, sweet darling”). And like most good American funk albums of the time, there are a few slower numbers to change the pace and show what the musicans could do.

Supertrax were led by Archie Maimane, who shared vocal duties with Juliet Mazamisa, formerly of the Mahotella Queens. The guitar player went by the name of “Ntokozo Good Nature” (aka Ntokozo Goodneshall Zungu, later in Stimela), while Jeffrey Makhunga played bass. Keyboardist Lazarus Kid Moncho, who began as a pennywhistler in 1958, went on to work with late great producer West Nkosi. Behind the scenes, a number of white hands helped out. Producer Billy Forest and engineer Owen Wolf were prominent on the scene at the time and respected musicians in their own right. According to Forest, Supertrax "were ahead of their time," industry-speak for “it was a great album, but it tanked.” 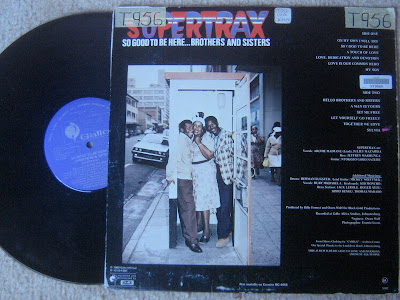