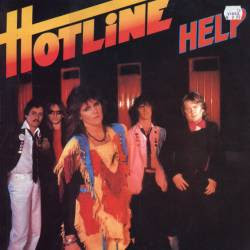 "There are hints at the Afrorock sound that the group, and in particular PJ as a solo artist would embrace later on, but on the whole this is pure rock. Some highly charged guitar and drum work accompanied by the textured keyboard sounds from Bones Brettell form the solid pedestal on which the voice of PJ is proudly exhibited.

"The title track to Hotline's second album which also opens the album sets an incredibly high standard and one feels that after that, the rest of the album is bound to disappoint, but it doesn't. Following close on its heels is the hit single 'Feel So Strong' sung in collaboration with Steve Kekana.PJ's Bonnie Tyler vocals act as a counterpoint to Steve's fragile falsetto,weaved around a swirling organ sound, this is pop perfection.

"'Help' is a rock album that cries out to be heard, at times full on stadium rock; sometimes hints of Fleetwood Mac or a Foreigner ballad show through,and there are pauses for a few pop sensibilities, but the power and passionof the delivery, both vocal and instrumental, make this a South African classic.