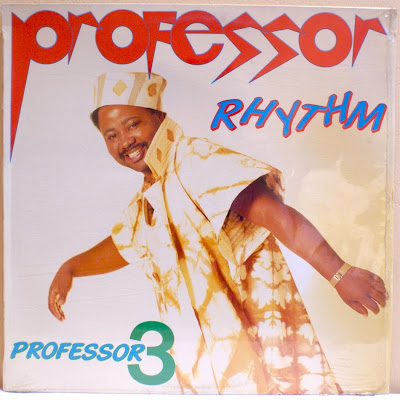 Pre-kwaito studio album from influential producer Thami Mdluli. Born in Alexandra, Mdluli moved to Tembisa at 12... "in Tembisa he started playing guitar at the age of thirteen. by the time he turned fifteen he was already a professional playing for Sam Mthembu's Tembisa Happy Queens. In 1979 when the group became the Hot Soul Singers, it was so popular they they played side by side with visiting overseas groups like the O'Jays. This exposed Thami to many ideas and together with the other band members they decided to form Sound Busters. After initiating the formation of CJB, he later formed a duo, Taboo, with Buli Arosi." 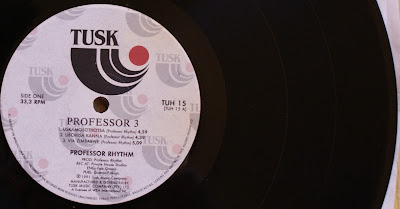 "Thami decided to do part-time productions at Eric Frisch Productions. Eric Frisch had worked with Phil Hollis, but later started his own record company. Some of the musicians Thami produced included Sox, Jimaro, Sensations, Nana Moloi, Malcolm X Makume and Alexandra Brass Band. On his productions Thami had a tendency of releasing dub mix versions of hit tracks. His fans pushed him to follow that trend seriously, and this resulted  in his solo proect under the name, 'Professor Rhythm'. His debut album was First Time Around (1989), featuring the hit 'Sebeletsa Hae'. The next album was Second Time Around (1990), followed by Professor 3 (1991) featuring the hits 'Uskamosothotsa' and 'Raditaba (Nozindaba)', up to Professor 5 (1993) on Tusk's Diamond label. Some of his other projects include The Boss featuring Stella, which released the album Dance for My Song (1991)....Thami retired from live performances in 1993 and focused on studio productions". (from Mojapelo 2008:41) 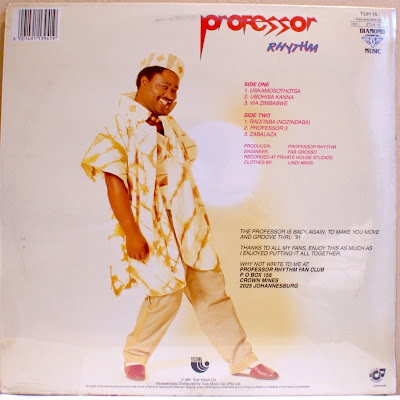