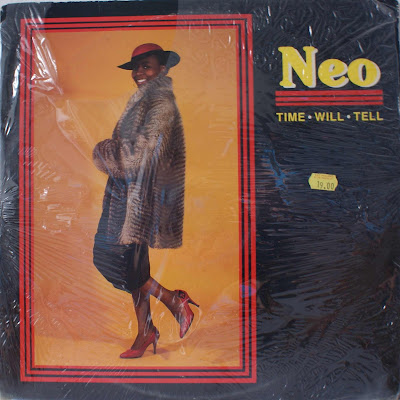 Stripped down, funked-up afro-synth sounds, produced by Humphrey Mabote, one of the first and most prolific black producers in SA. What makes this album stand above some of the more ordinary pop of the day was the killer synth work from Felani Gumbi. One of Mzansi's top keyboardists of the time, he played with Volcano (whose 1987 debut Watch Out was produced by West Nkosi), the main rivals of Splash in the township pop market. 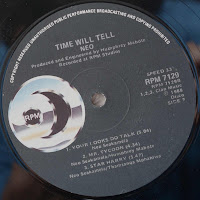 The title track is strongly reminiscent of Chicco's classic from the same era "Miss you Manelo". Lyrics cover relationships ("Time will tell", "Your looks do talk"), big spenders ("Mr Tycoon", "Star Harry") hard labour ("Rock movers") and aspirations in the face of apartheid on "I don't know what to do":

"Neo Saka aka Neo Seakamela released her debut album with RPM records titled Time Will Tell. It was followed by Majapane (Gallo Records) and Bopedi (2003). She also became a popular radio presenter on Thobela FM, especially for her co-presentation of 'The Neo-Joe Show' with Joe Mabotja, a former actor in Mbongeni Ngema's Sarafina." (Mojapelo 2008:111) 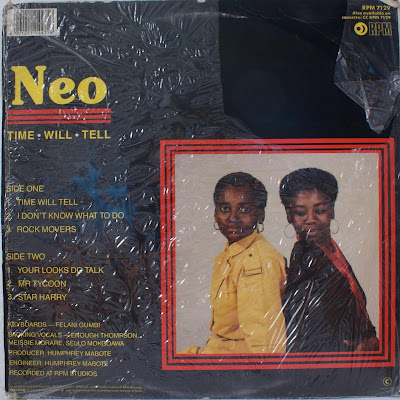