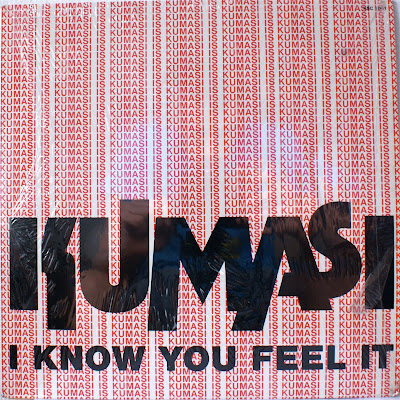 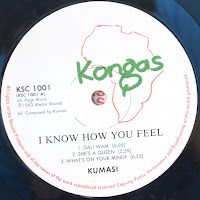 Six-track album of sophisticated Afro-funk. Kumasi was led by one Paul Ndlovu later of Stimela side-project Street Kids. Kumasi are the missing link between the Cannibals and Stimela. Although no names are provided anywhere on the album, few others possessed what the members of Stimela were capable of.

Way ahead of its time, this is an Afrosynth classic. Every track is a winner - from the deep funk of 'I Know You Feel It', 'Dali Wam' (My Darling) and 'She's a Queen' and the Fela-fuelled 'Anomakoliwa'  to the chilled out 'Dreamin' and 'What's on Your Mind'.

Internationally, put it right up there with the likes of Cymande and Mandrill. 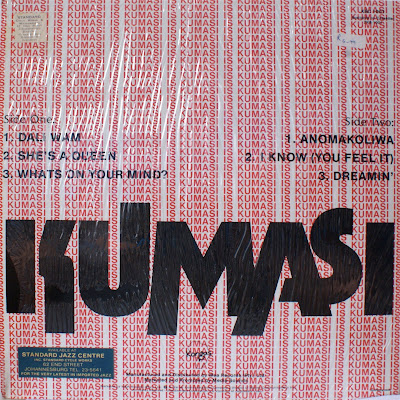