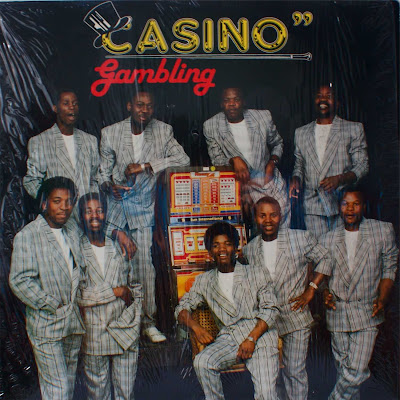 Casino were another big-selling bubblegum act out of the MFM stable. Besides releasing albums like Gambing and Number T (1988), they were the backing band of the hugely popular Mr Chacklas and Zone 3. Produced by Godfrey Nzuza, who also fronted the group, and synth fiend Bones Brettell of Hotline. 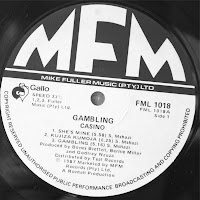 Despite having five singers, it's the trademark MFM synths that take centre stage on all six tracks - all examples of bubblegum at its very best, none more so than 'Kujiza Kumoja' and 'Jamming in the Sunshine'... 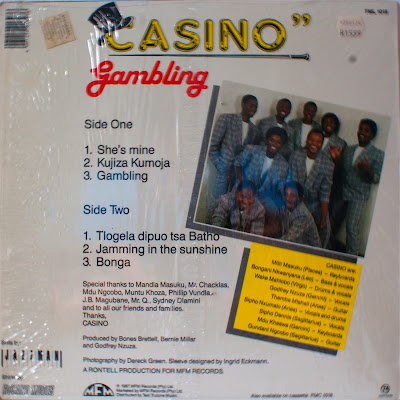