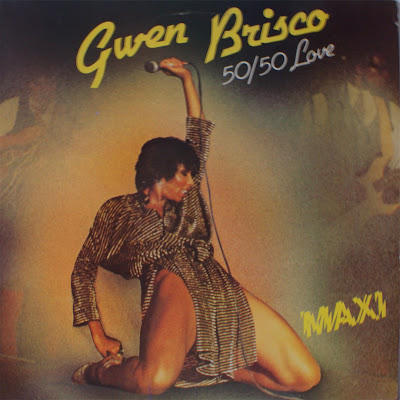 This American-born singer and dancer performed in over 50 countries all over the world, including SA at a time when overseas artists felt increasingly compelled to boycott touring due to apartheid. Though perhaps better known for her legs and her cover versions, she put out several albums of her own. 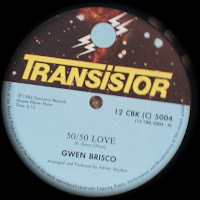 50/50 Love is a disco single from 1983, the same year Brenda & The Big Dudes' similar 'Weekend Special' ushered in the bubblegum era. Interestingly, Gwen did a cover of 'Special' on South African TV - some of which can be seen on a video from her suitably oldskool website, along with clips of her playing in Swaziland and the puppet state of Bophuthatswana, to both black and white audiences (from 3min35). Also look out for covers of MC Hammer and Foreigner.

Produced and arranged by Adrian Strydom, who was behind multiracial act Friends First a few years later. The album has three versions of the song - including a 3 minute radio mix and a six-minute 'instrumental mix' that lifts straight from Instant Funk's '79 hit 'Got My Mind Made Up'. Gwen went on to release 'They Let Mandela Go' in 1990, with the production team of Chris Ghelakis and Marvin Moses (Winnie Khumalo, Walk This Way, Dr Victor). 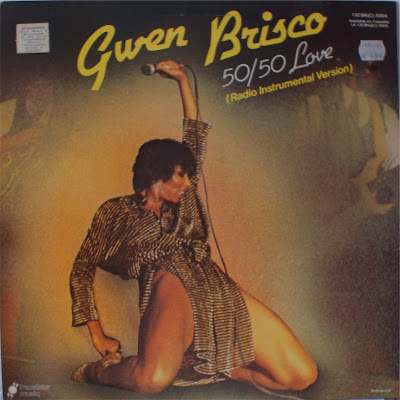