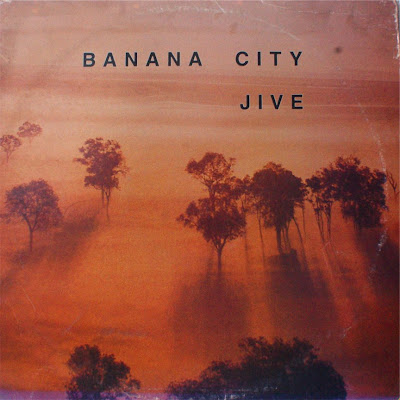 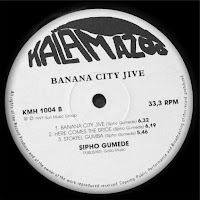 Early solo album from bass maestro Sipho Gumede, also of Sakhile. Featuring Khaya Mahlangu, Mzi Khumalo and McCoy Mrubata on saxophones, Baba Mokwena on guitar, Barney Bophela (keyboards) and Kwazi Shange on drums. Banana City refers to Gumede's hometown of Durban. A far cry from The Boogie Man, this is high-brow, instrumental jazz that draws on old Sophiatown grooves and popular local wedding songs ('Here Comes The Bride', 'African Wedding'). It's a breath of fresh air - an album that gets better with every listen, unlike the relatively disposable bubblegum acts at the beginning of the 90s. Co-producer Rashid Vally was also behind Abdullah Ibrahim's classic 'Manenberg'.

The title track is a slow and steady groove; 'What's Your Name Girl' fuses local jazz with funky R&B and culminates in a stabbing synth solo; and 'Godfather Special' is another example of how Gumede could blend the old with the new. 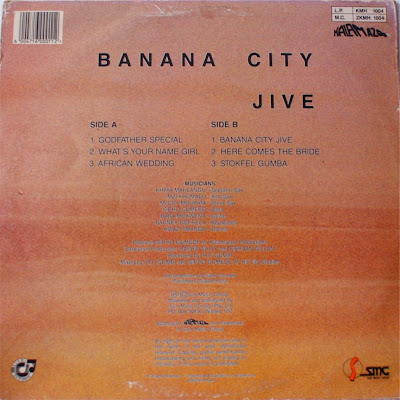