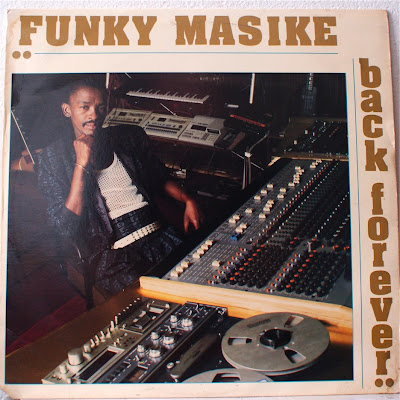 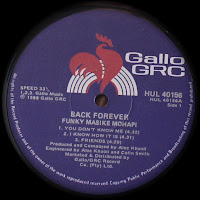 After leaving Afro-rock giants and bubblegum precursors Harari, guitarist and vocalist Masike Mohapi had solo hits with 'Standing On The Top' (1984), 'My Love Is Yours' and 'Ndoyenda' (1985), 'Babe', 'Hamnana' and 'Pimville People'. Most of his solo work was produced by Harari bassman Om Alec Khaoli.

Though he never quite reached his potential as a solo act, Funky's powerful vocals found many imitators. Back Forever is a solid effort full of catchy bubblegum numbers. Best track 'Yes I Love You' is smooth 80s R&B carried by a minimalist bass groove and Funky's soaring soul vocals. 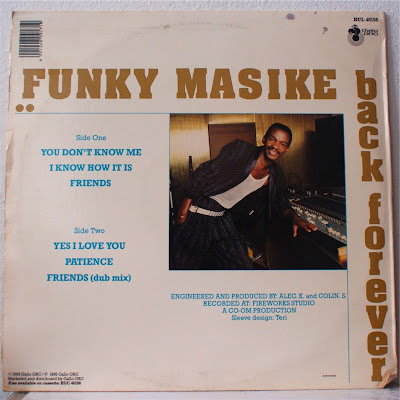