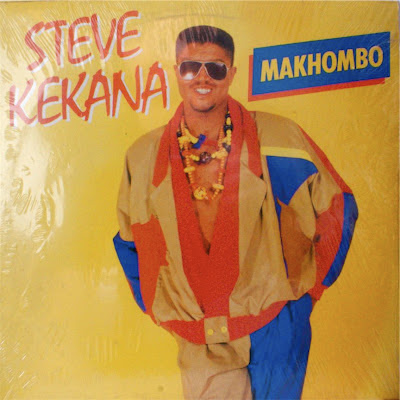 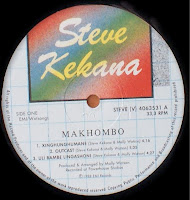 While perhaps not the most memorable album in the illustrious career of Steve Kekana, Makhombo is notable among other reasons for cover versions of 'I Shall Be Released" (featuring the Soweto Teachers Choir) and 'Bridge Over Troubled Water", which took the form of struggle songs during apartheid. Re-released internationally four years later on the Celluloid label. 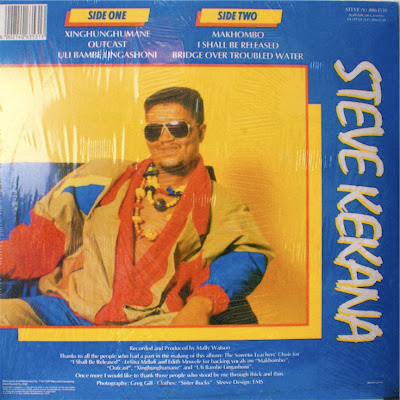