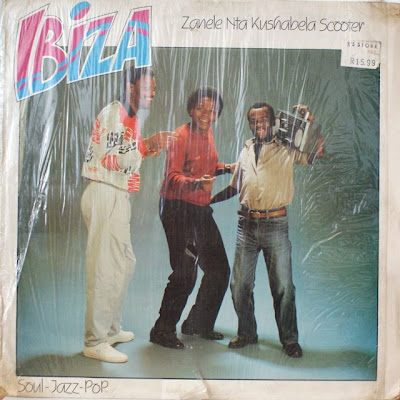 Instant classic on the much loved Mavuthela label, a relatively rare foray into synth-heavy bubblegum by Mr West Nkosi – best known for producing two of South Africa's greatest exports, Mahlathini & The Mahotella Queens and Ladysmith Black Mambazo. With Ralph Mahura on keyboards, Ephraim Madiba on bass and Mandla Mkhize on vocals. Backing vocals by Felicia Marion and Thoko Ndlozi. The four tracks on the album set the tone for much of what was to come over the next five years - the best a funky ode to the hangover, 'Ibhabhalazi (Monday Blues)':

"Wake up, it's Monday, how do you feel today?
Everybody's crying out, saying Monday is a bad day.
I heard a man sitting next to me, that he's got babalaza.
There is nothing that you can do, just get yourself a tot of whiskey..." 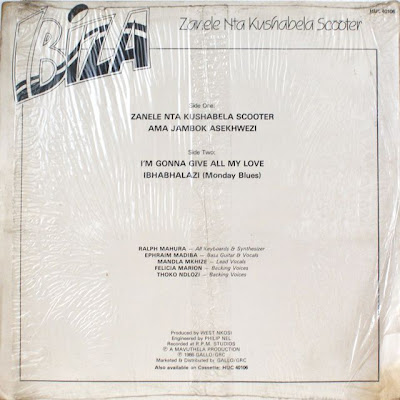