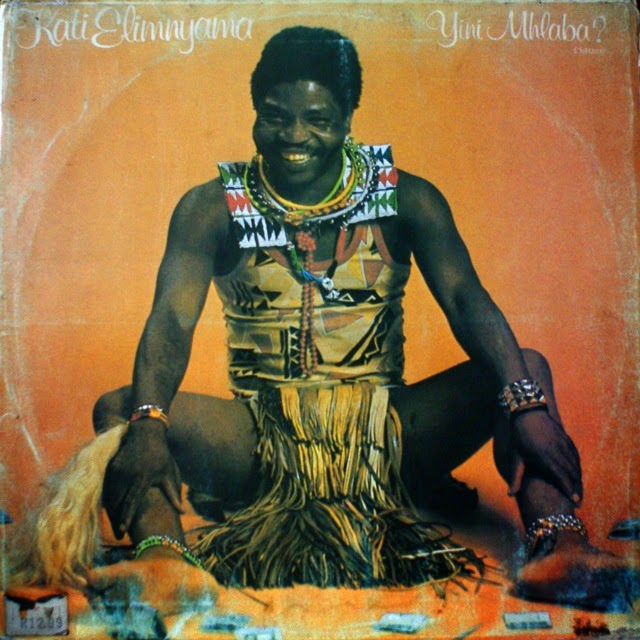 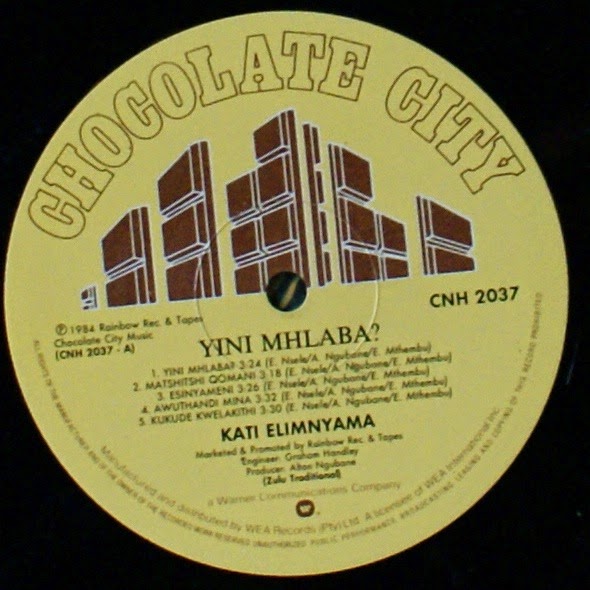 Not to be confused with the local action movie of the same name starring Simon Sabela and musical contemporary Kati Eliclean, Kati Elimnyama ('The Black Cat') was a notable figure in the mid-80s Zulu traditional scene. In 1984 he released Yini Mhlaba? (What is the world?), produced by Alton Ngubane (The Special Five, Madlala Brothers, Umphahleka noNgqi, Thikasiza ne-Zikoshi). That year he also contributed a song 'eGoli' to the compilation Soweto Street Music: The Definitive Collection, released in the UK. 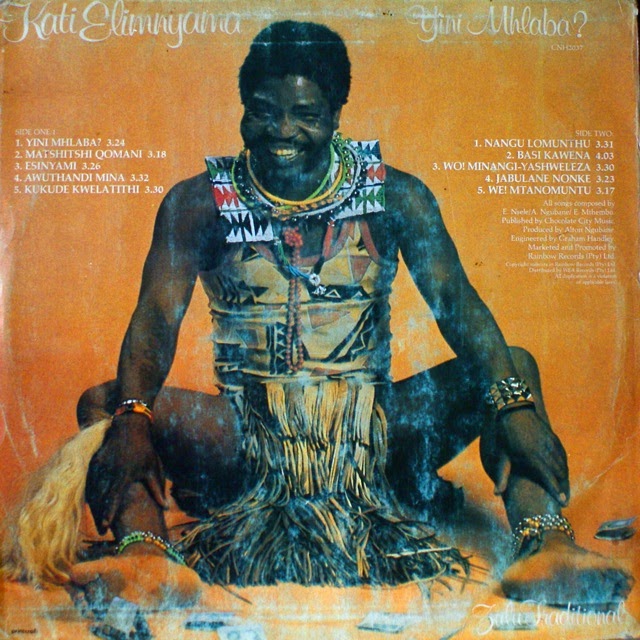