MICHAEL LEBESE & THE AFRICAN VIBES - Rhythm Through The Night (1986) 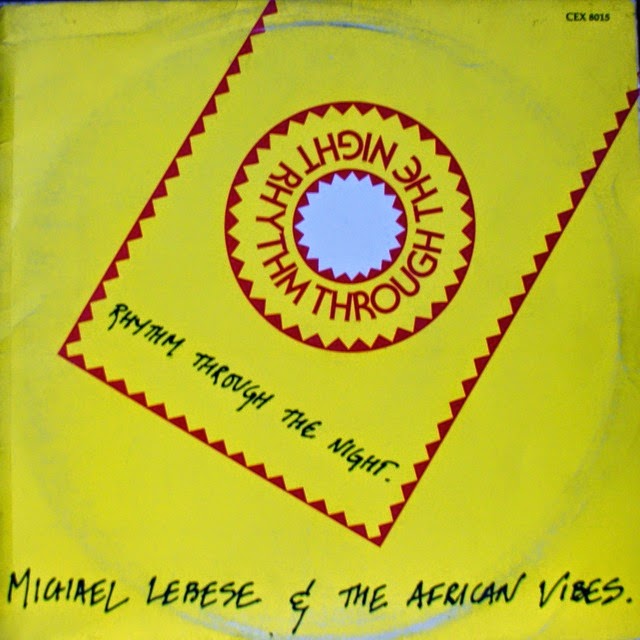 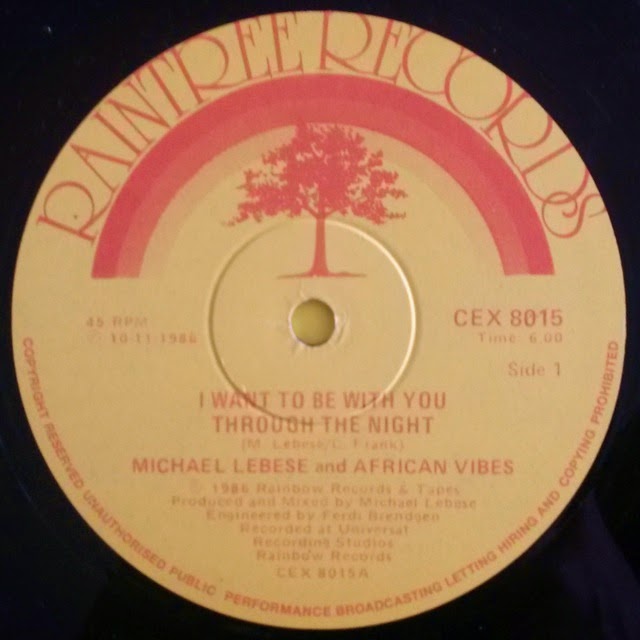 Born in Mangaung and raised in Thaba Nchu, Michael Lebese was an original member of the pioneering multiracial punk band National Wake (recently the subject of the documentary, Punk In Africa, and re-issued by Light In The Attic Records in the US). In 1981 he released an album as Michael LBS, 'Greetings From Africa'. In 1986 he released these two tracks of synth-heavy disco, 'Rhythm Through the Night' and the instrumental 'Kwela Rhythm Shock'. Lebese handles lead vocals and drums. Also featuring Lucky Franks (guitar & synths), A. Lucky Nxumalo (keyboards), Jorge Arrigone (lead guitar & bass) and Richard Ntsumele (bass). Sadly these days Lebese is living on the streets of Joburg (see here). 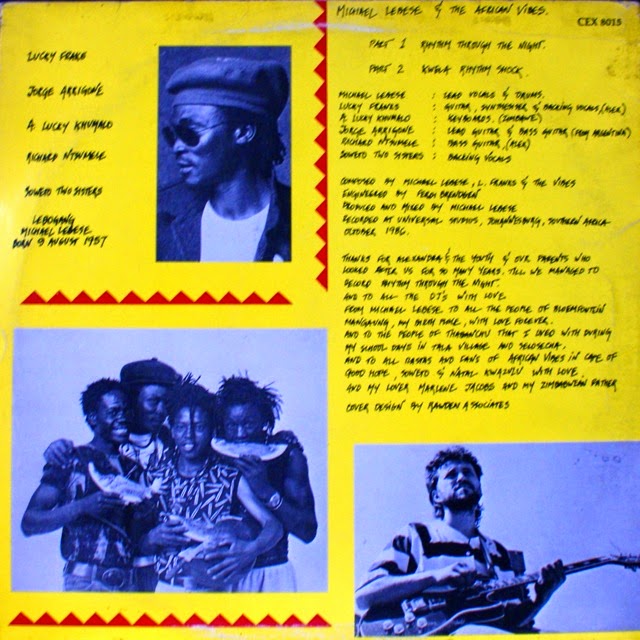