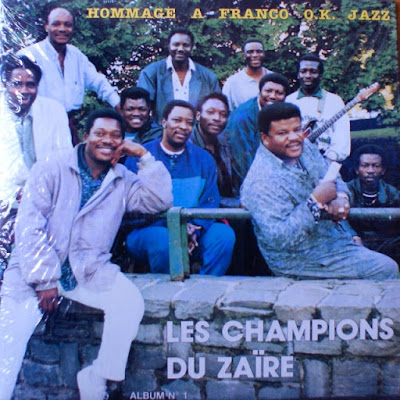 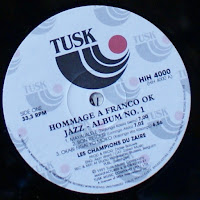 Congolese soukous from Les Champions du Zaire, paying homage to the legendary Franco Luambo Makiadi and his OK Jazz band (aka TPOK Jazz), one of Africa's most successful bands since their formation in the late 50s. When Franco passed away in October 1989, various incarnations of the band's many members recorded numerous tribute albums, including this one by a group of Franco's touring entourage who were based in Belgium. Led by guitarist Dizzy Mandjeku, the group later evolved into Odemba. Here they put a modern touch on the soukous sound with some added synths. 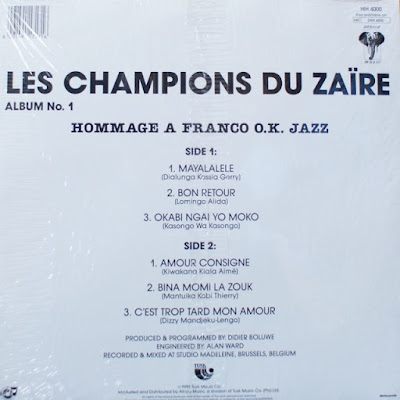