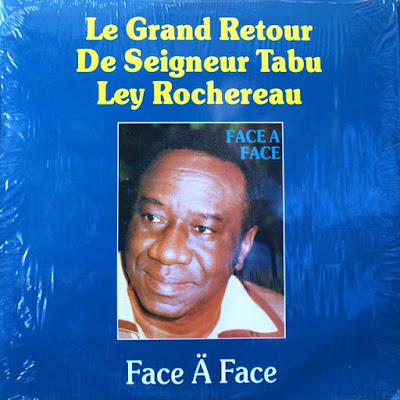 As leader of Orchestra Afrisa and great rival of Franco's TPOK Jazz, Tabu Ley Rochereau was one of Africa's greatest musicians. As a bandleader and composer he helped launch the career of Mbilia Bel, the first female soukous star, marrying her in the process. When Bel went solo he discovered the next soukous diva, Faya Tess, who features on three tracks on Face Ä Face (face to face), billed as 'Le Grand Retour' ('The Great Return') of Rochereau. Packed full of interested synths, the album reflects Rochereau's attempts to keep with the times. The title track got no fewer than two different music videos, as did the catchy duet 'Sosolinga'. 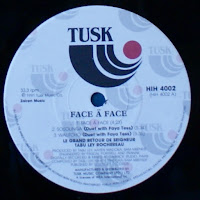 The album was first released in the late 1980s, around the time Rochereau had gone into exile in France, before moving briefly to California in the early 90s. He subsequently returned to Kinshasa after the fall of Mobutu in the late 90s, soon getting into politics. He is said to have fathered well over 50 children, including French rapper Youssoupha. He died in Belgium in November 2013 and is buried in Kinshasa. 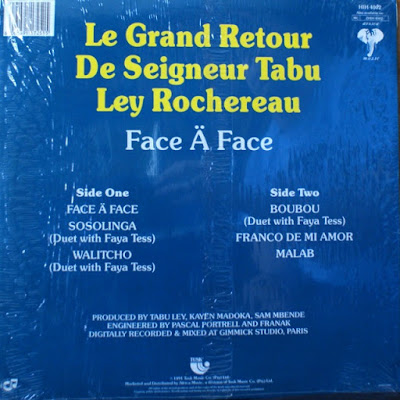