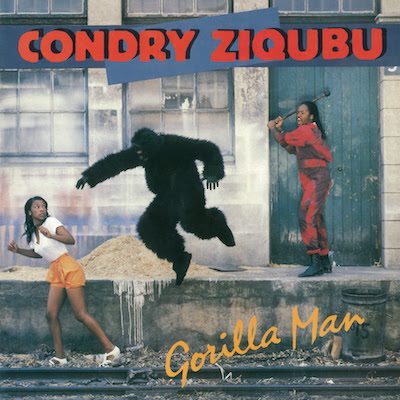 Four tracks by one of the biggest names in South African disco: Condry Ziqubu. A regular on the local soul scene since the late 1960s in groups such as The Flaming Souls, The Anchors and The Flaming Ghettoes, by the mid-80s he had qualified as a sangoma (traditional healer), recorded with Harari (the biggest group in the country at the time), fronted his own group Lumumba, and travelled the world as part of Caiphus Semenya and Letta Mbulu’s band.

In 1986 he ditched Lumumba and released his first solo hit, ‘Gorilla Man’. Opening with an audacious 20-second intro, the song tells the story of a man preying on women in downtown Johannesburg. It highlights Condry’s winning formula of lyrics that touch on everyday South African issues and places (without drawing the attention of apartheid censors). Musically the song draws obvious influence from Piano Fantasia’s 1985 Euro-disco hit ‘Song for Denise’.

Also included on this new anthology is another song from the same album, the politically charged ‘Confusion (Ma Afrika)’, as well as ‘Phola Baby’ from his 1988 album Pick Six – a call to men to “stop pushing your woman around … what kind of man are you?” – and ‘Everybody Party’ from 1989’s Magic Man, a straight-up party song with no political or social intimations, other than as a brief escape from the harsh reality of the time, one that still resonates today.

AfroSynth · 'Phola Baby' - Condry Ziqubu
Gorilla Man will be released on vinyl and digitally in early 2021 on Afrosynth Records (AFS047), distributed worldwide by Rush Hour in Amsterdam. Pre-order it here. 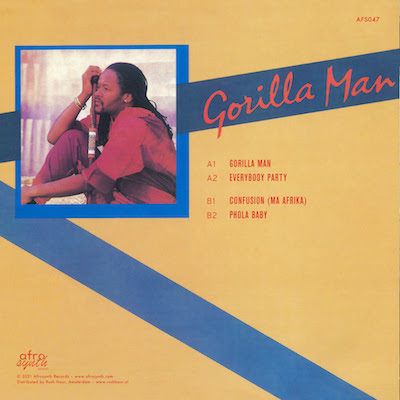