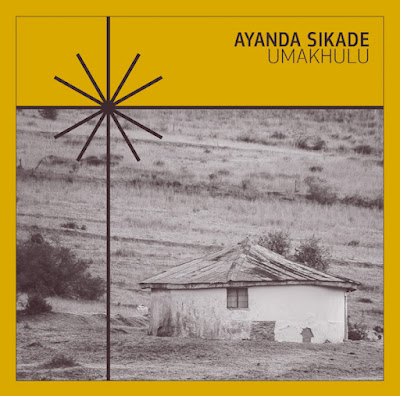 One of South African jazz’s most in-demand and respected drummers, Ayanda Sikade returns with Umakhulu, his long-awaited sophomore release as a bandleader and the follow-up to his 2018 debut Movements.

Born in 1981 in Mdantsane in the Eastern Cape, Sikade has been a familiar face on SA’s jazz scene for years now and a driving force behind its growing prominence on the world stage. Initially earning his stripes under heavyweights like Bheki Mseleku, Robbie Jansen, Barney Rachabane and Zim Ngqawana (all of whom have since sadly passed on) as well as Darius Brubeck and Feya Faku, in the past decade or so he has brought this experience, as well as his own inimitable style and energy, to the next generation of artists, including Simphiwe Dana, Siya Makuzeni, Afrika Mkhize and Swiss bassist Bänz Oester.

Dedicated to his grandmother, his new album Umakhulu features the talents of frequent collaborator Nduduzo Makhathini on piano, young Simon Manana on alto sax and Nhlanhla Radebe on bass. The album’s nine tracks, produced and composed by Sikade, pay homage to the artist’s heritage — most noticeably on ‘Mdantsane’ and ‘Nxarhuni River’ — while forging onwards to a brave new world on others, like ‘Imithandazo Yeengelosi’ (Prayer of the Angels) and ‘Space Ship’.

Recorded by Peter Auret at Sumo Sound in Johannesburg, mixed and mastered by Gavan Eckhart at Soul Fire Studios, Umakhulu will be released in late 2021 on CD and digitally via Afrosynth Records, with a 2xLP in late 2022 distributed worldwide by Rush Hour in Amsterdam.