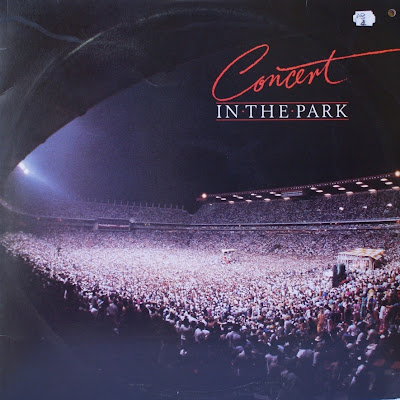 Probably the biggest and most significant live event of the 1980s, with 120 000 people of all races flocking to the famous rugby stadium in downtown Jozi (capacity 50,000!) to raise funds for Operation Hunger. 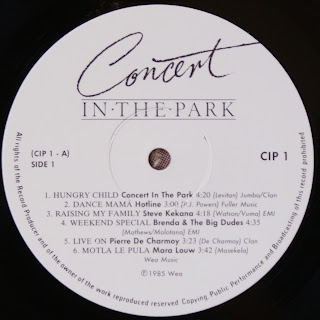 Top white rock bands of the day Ella Mental and Via Afrika played either side of spandex-clad disco-funk act Umoja, who don Korn-style monster masks for their finale.

As dusk set in, the concert kicked into top gear with Brenda Fassie – belting out classics like “Weekend Special” with the Big Dudes, followed by afro-rock favourites Harari and Hotline, both looking totally at home in front of a crowd now three times the usual capacity of the stadium, one of the biggest in the country.

Things turned sour momentarily when American-influenced pop-rock act Feather Control’s performance failed to go down well with the crowd, obviously wanting more local sounds. Frontman Charles Kuhn was struck on the head with a bottle and was unable to continue after only one song. It was the only notable blemish in terms of crowd behaviour on the day, and one that speaks volumes for the varying quality on show, and the half-baked American obsession of most white musicians in the country at the time.

Steve Kekana, nattily clad in crisp white suit, soon got people back in the groove with hits like “Raising my Family”, a song that had topped the charts in Scandinavia and taken the singer to Europe the previous year. The concert reached a climax with Juluka, the only mixed race band on the day, in what was to be one of Juluka’s final performances. Juluka were followed by the most inappropriate of choices, the saccharine Working Girls, and Pierre de Charmoy (think Tom Cruise aping Kenny Loggins).

By the time Duran Duran knockoffs Face to Face appeared on stage, the crowd had shrunk drastically, with most of those remaining being of the paler persuasion. Undeterred, Steve Louw’s All Night Radio delivered straight-up, punk-inspired songs like “Breaking Hearts”, before éVoid, also in one of their final performances, drew the curtain on an amazing day with anthemic renditions of "Shadows" and “Junk Jive”.

Other major names who performed on the day as backing bands were the Soul Brothers and Bayete, while big-selling bubblegum duo Cheek To Cheek provided backing vocals for several of the headlining acts. 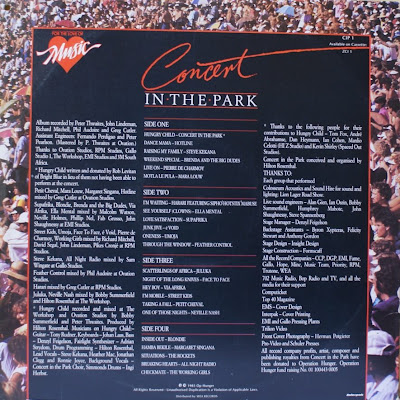 A DVD of the historic day has recently been released to mark the event's 25th anniversary. Click here   for more.