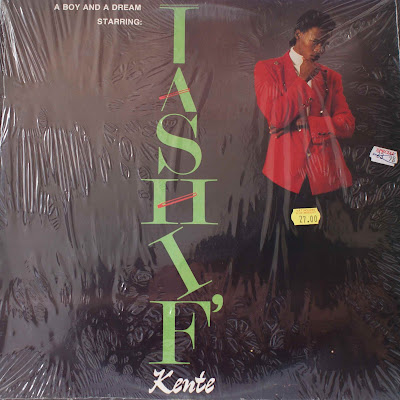 By the early 90s, SA artists were starting to experiment with a new wave of international sounds - including house, hip-hop, Hi-NRG and New Jack Swing. This album from Mzwandile "Tashif" Kente highlights the influence of American stars like Bobby Brown on the local scene.

"Mzwandile Kente, son of 'the father of Township Theatre', the late great Mtutuzeli Gibson Kente, was born and bred in Rockville, Soweto and played in the musical Mama and the Load. He also played bass guitar for the G-Kays, which was a backing group for the stage play Hard Road. After a stint with Harari in 1983, he went solo in 1984. On the release of his 1991 debut album, A Boy and a Dream, under the name 'Tashif', when I interviewed him he struck me as an extraordinarily creative and intelligent individual. The album was on Tusk's Diamond label co-starring Marc Rantseli (Marcalex), McCoy Mrubata, Selwyn Shandel and Jorge Arrigone. He dedicated the album to his grandmother, Nonzophi Ellen Kente." (Mojapelo, 2008:10) 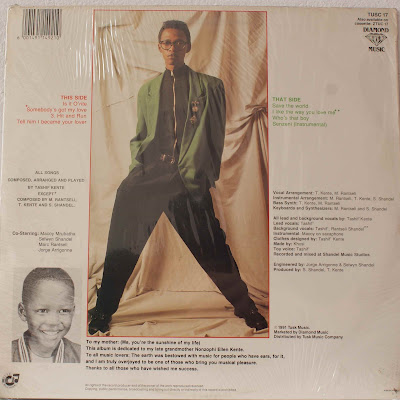