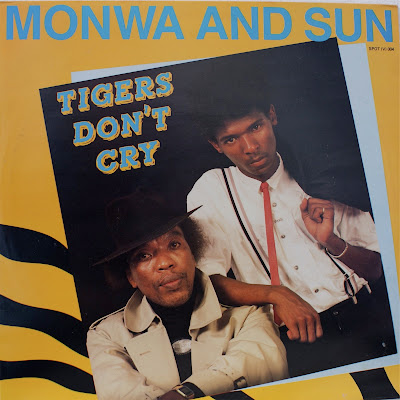 In the late 80s, the team behind Brenda and the Big Dudes early success, Malcolm Watson and Ken Haycock, left CCP, EMI's "black music" division, to set up their own label, Cool Spot. One of their earliest successes was with Monwa and Sun. The label is still going strong, although this once-popular duo have long since slipped off the radar. The B-side of this 1989 album contained soul-influenced numbers like "Louie, Tigers Don't Cry", "Heartbeat" and "Cover Me", while the first side has more conventional pre-kwaito disco tracks "Not in My House", "Stranger" and "Makonrad". 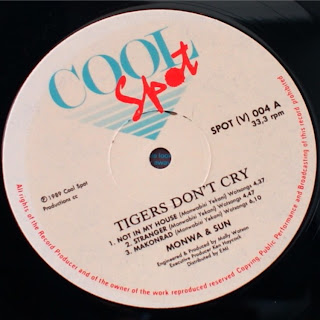 "The Monwa and Sun duo was formed when Monwabisi Dennis Yekani met Poth Nkotsoe . . . Monwabisi had been in music for some time already and with the younger Poth they made a formidable team that released their debut album Majekeje on the Cool Spot label. Their follow-up in 1989 was Tigers Don't Cry featuring the title track as well as "Makonrad". All the music was written by Monwabisi, engineered and produced by Mally Watson. In 1990 they both went solo."  (Mojapelo 2008:168) 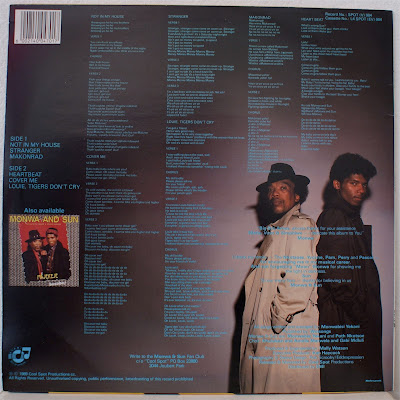