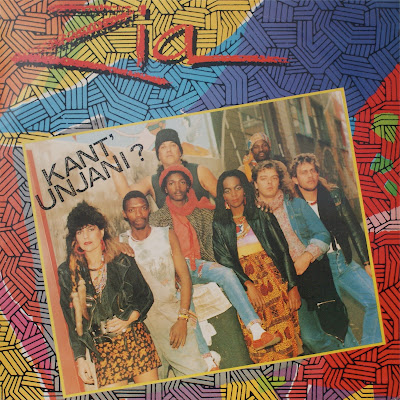 Zia were one of the better multi-racial/crossover acts of the day, though they failed to find the same degree of recognition at Hotline before or Mango Groove after. They drew on synth-pop, mbaqanga and reggae influences and combined it with a funky fashion sense to make an accessible and proudly homegrown statement during the dark days of apartheid segregation and isolation. Also one of the few acts of the day that managed to get released overseas. This six-track album also features a brave cover of the Eagles' insipid "Desperado". 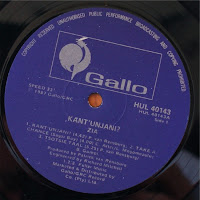 "Zia was another crossover group that took over form where Hotline had left off. It was also under Mike Fuller's management. The group line-up was: Cindy Alter (vocals), Ashley Brokensha (vocals/guitar/keyboards), Graham Clifford (guitar/keyboards), Reg Edwards (vocals/bass), Patrick van Rensburg (drums/percussion). The lead vocalist Cindy was from Clout, a group that had a big hit with 'Substitute' when she worked with Bones Brettell. In 1986 Zia released a self-titled album on the Teal Sound label produced by Patrick van Resnburg and Richard Mitchell featuring the hit 'Nobody Loves You'.

"By 1987 when they released the album Kant'Unjani? on the Gallo label, Glen Malema, Ashley Brokensha and Graham Clifford were out and Andre Fourie, Abe Sibiya and Lawrence Mkhize were in. Other good tracks on the album were 'Tsotsie Taal' and 'Waiting for the Winds (Woza Moya)'. There 1988 release was The Frontline." (Mojapelo 2008:129). Also featuring Bheki Gumbi and Liz Mngomezulu. 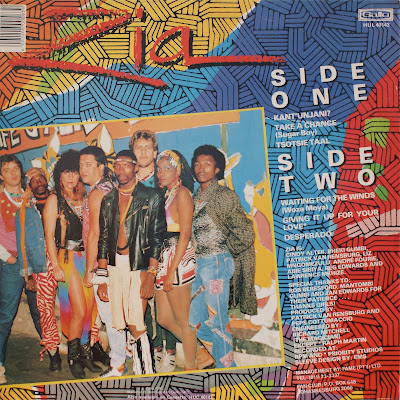