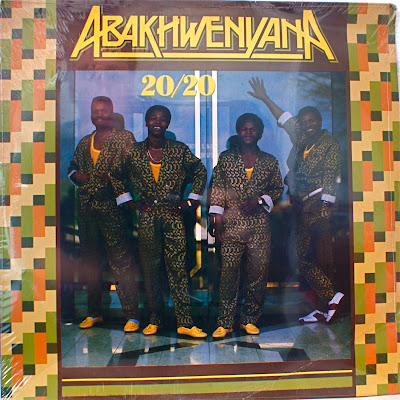 Sweet 80s mbaqanga that traded traditional accordian sounds for brain-melting synths and studio FX, while maintaining the core elements of intricate maskandi guitarwork, driving basslines and smooth vocal harmonies ala The Soul Brothers. Abakhwenyana ("the husbands") dedicated this album to "the famous NUZ 2020 taxi", owned by one Mr H Mzobe. According to the liner notes, "Title track 20/20 is for all those beautiful taxi passengers. Everytime you go in your favourite taxi, sing along with this special track... We know we have created a new Mbaqanga sound! Watch the vibe!" 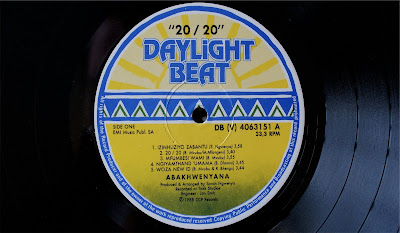 Other highlights include 'Izinhliziyo Zabantu' (Hearts of the People), 'Woza new ID', 'Yini Sixabane Njalo' (Why do we fight all the time?), 'Sekwenze njani' (how did we do it?) and the gospel soul of 'Siyanibongela' (we are thankful).

"Abakhwenyana was a four-man group made of Dominic Zuma (leader), M Mlangeni (keyboards), T Dlamini (lead guitar) and R Bhengu (bass guitar) produce by Simon Ngwenya. Most of their song were composed by B Mvubu while B Dlamini was the percussionist. Their albums include 20/20 (Daylight Beat, 1988) and 4000 (Daylight Beat, 1989), which were released through CCP records." (Mojapelo 2008:64). 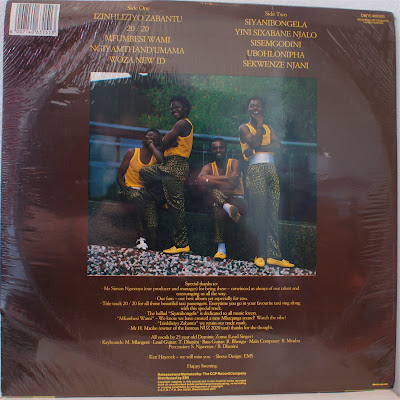