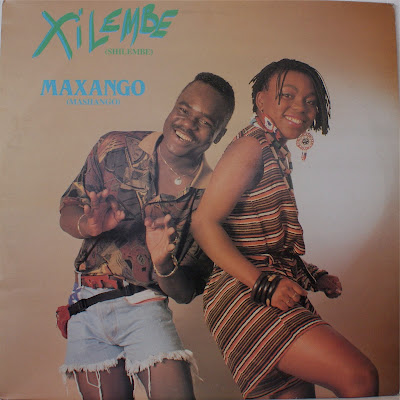 Shangaan pop duo made up of Richard Chauke - also of Venus - and Tsidi Mokwena. "Matshidiso Mokoena became known as a member of a trio known as Xilembe. In 1989 they released an album titled Ncilo Ncilo on Cool Spot's Tops label. When Xilembe split in 1991, she went solo using the name Tshidi." (Mojapelo 2008:112) 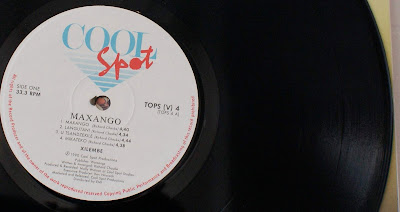 As one would expect from Cool Spot, the production is top notch. Best tracks include 'U Tsandzekile' and 'Mikateko'. Fun cover getup with slick Rick's torn denim shorts and moon bag, but surely it could've done without the phonetic translations. Chauke's hairdo is by one Charles "Scissors" Le Coiffure. 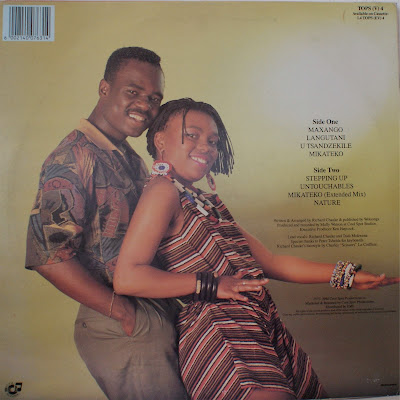