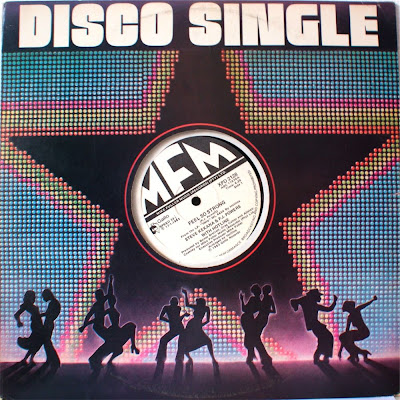 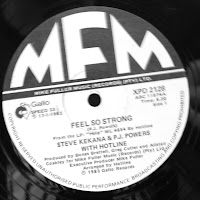 Classic early bubblegum track - a duet by a black man and a white woman that tested the apartheid censors at the SABC. In the days of the Immorality Act, such relationships - or hinting at them through song - were illegal.  Lyrics like "Your love has made me feel like I belong" had to be changed to "your help has made me feel like I belong" for the song to be played on radio. And photos of Steve and PJ holding hands above their heads were cropped to show no touching. If that was enough to get the censor's worked up, they wouldn't have been impressed by the B-side "Rap Version" of the same song, which has PJ cooing "Touch me, feel me... we can make it, feels so good... I want you so bad," even though Steve doesn't feature. Sure enough, five years later PJ was banned by SABC TV and radio for a  year.

Check out this video of the way things were - filmed and televised during Hotline and Steve's mid-80s tour to Scandinavia, where the song was a hit - along with Steve's other early English tracks like 'Raising My Family' . . .