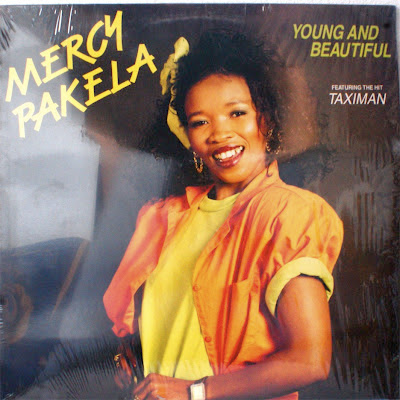 "There is one female singer who dominated the Pantsula dance scene both on records and live shows. She ultimately earned the title 'Queen of Pantsulas'. Daughter of a priest, Nomsa Mercy Pakela arrived in Johannesburg in 1982 from New Brighton, Port Elizabeth in the Eastern Cape searching for stardom and she got just that. She had started singing back home at the age of 16. After a stint with Lena Khama and Girlie Mafura as Ebony, she signed a contract with MFM . . . It was at live concerts that the impact of her music on her fans was immense as 'Tunkie Tunkie' danced as if her life depended on it." 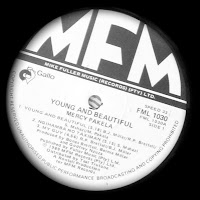 Best known for the smash 'Ayashis'Amateki', other early hits include 'Ndizo Kulinda', 'I Will Hold On', 'Respect', 'Careless Doctor' and 'It Hurts So Bad'. "In 1989 Godfrey (Nzuza) was back with the production team in the recording studio cooking Mercy's next album, Young and Beautiful, featuring the hit 'Taximan' as well as the title track. One of the tracks celebrated the building of the biggest stadium in the country, 'Soccer City'." (Mojapelo 2008:102) 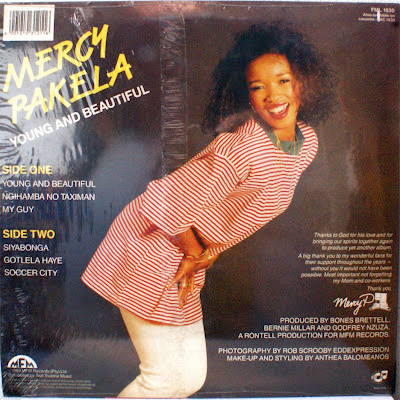