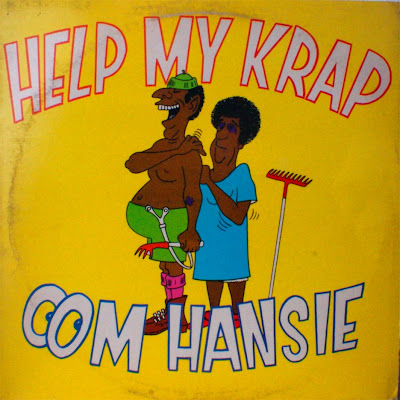 Rare offering from the one and only Lucky Dube, who in his early days between mbaqanga and reggae put out two releases under the Afrikaans alter-ego Oom Hansie (uncle Hansie) - most famously Die Kaapse Dans, and this 4-track album, Help My Krap (Help Me Scratch). Lucky was a pioneer in more than just reggae, with James Phillips (Bernoldus Niemand) and David Kramer both having a go at the Afrikaner establishment through similarly satirical means, decades before contemporary try-hards Die Antwoord. 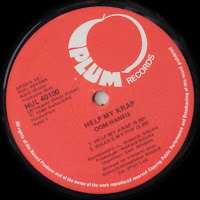 Producer Richard Siluma (still going, now as Saggy Saggila) recycled recognisable grooves from the Gallo studio and got his cousin Lucky to add some oddball Afrikaans vocals - sung choruses and drunken-falsetto dialogues. Reportedly put together in a matter of days, it quickly became a novelty hit and put Dube on the fast track to stardom. Other tracks include 'Waar's My Pyp?' (Where's my pipe?), 'Ek Soek Die Lekker Ding' (I'm searching for the good thing) and 'Dokter Kop' (Doctor Head). 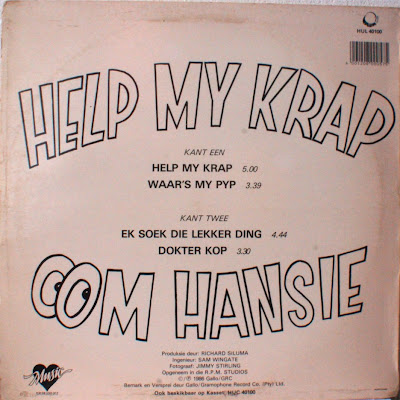