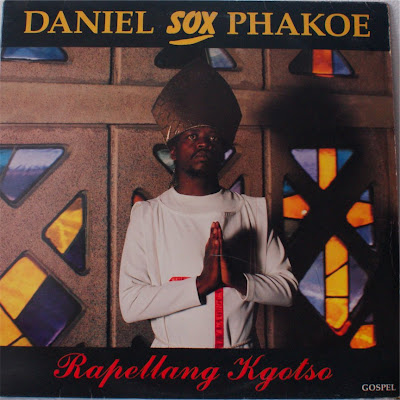 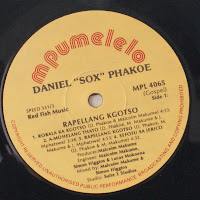 After finding massive success with the bubblegum smash 'Le Ja Pere', Sotho soulman Daniel "Sox" Phakoe ventured into gospel in the early 90s, sacrificing the dancefloor appeal but still making use of tasty synths. "This album album is a tribute ot hte people who died in the Sebokeng night vigil and to those who lost their loved ones in the Orkney soccer disaster. The song 'Robala Ka Kgotso' is dedicated to the late Nomvula Mbundu, who was a backing singer for Taboo, Sox and Malcolm X." 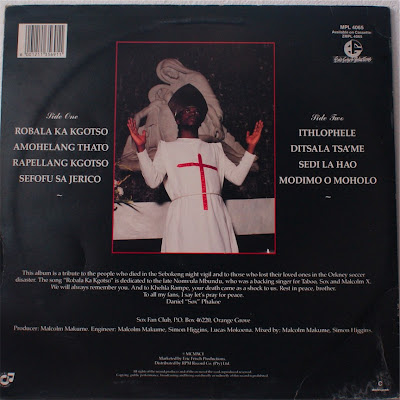