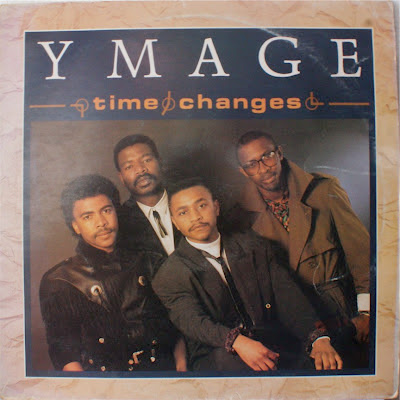 Formed by members of Umoja, Om Alec Khaoli's post-Harari project that achieved some success in the US, Europe and Australia. The line-up on this album consisted of Donovan Knox (guitar, vocals), Don Laka (keys, backing vocals), Godfrey Mgcina (drums) and Jimmy Mngwandi (bass). Other members over the years included Neo Maphaka (from CJB), Benjamin Dube, Solly Sithole and Sello Twala, who got his nickname from a popular Image hit, 'Chicco'. 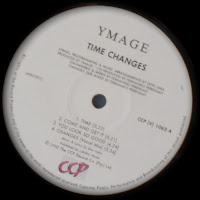 The group changed their name from Image to Ymage after discovering another group of the same name during an overseas tour. Other albums include Human (1991). Most of their tracks were written by multi-instrumentalist Don Laka, who went on to cultivate 'kwai-jazz', an ambitious blend of kwaito and jazz.

Time Changes falls into the awkward phase between bubblegum/pantsula and kwaito. Its influences are mainly from overseas - hi-NRG/eurobeat and early house, best on tracks like 'Come and Get It' and 'Leave It Up To You'. The title track tells it like it is:  "Changes are what we need, changes are what we want", with rapping and scratching on the b-side dub mix. 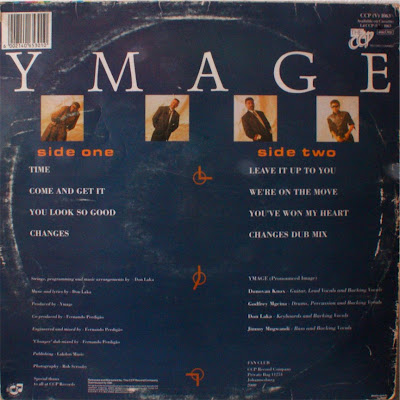