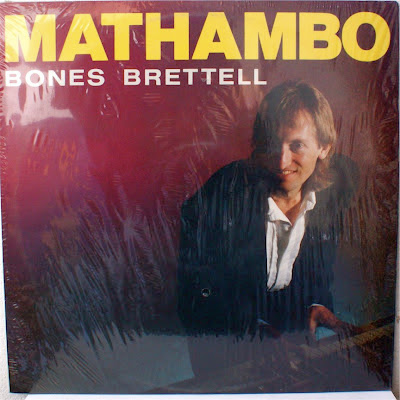 Best known as the keyboardist for Hotline, Ron 'Bones' Brettell had earlier found international fame with glam hitmakers Clout. Later he went on to produce many of the MFM stable's biggest hitmakers, like Mercy Pakela, Ali Katt and Casino, adding his own signature synth sounds. Somewhere along the way he dropped this solo album. 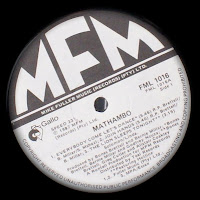 Mathambo (future) may not have sold well but it underlines the influence he had on a range of acts. 'Everybody Come Let's Dance'  is nearly identical to another of his side-projects, Zone 3's Mr Chacklas. Titles carry messages of unity - eg 'Can't Take Away My Pride' and the instrumental 'Join Hands' and 'Everything Is Possible', as well as a cover of 'The Lion Sleeps Tonight'. Reminiscent of other keyboard albums by Black Moses, AYB and Hanz. 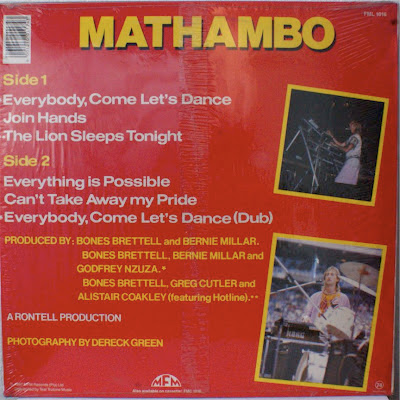