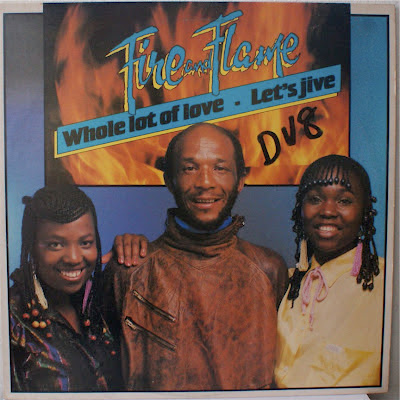 As one of the most in-demand acts of their day, Blondie Makhene and his brothers Pappa and Clifford and sisters Pamela and Phyllis were largely responsible for taking 70s soul and crafting the new bubblegum sound. Their stage show saw them perform in numerous permutations - eg The Family, Spankk and the duo Blondie and Pappa. In 1983 Blondie pushed his backing singer Brenda Fassie to centre stage and changed his backing band's name to the Big Dudes. 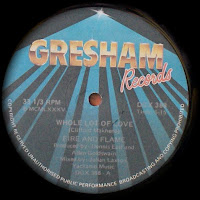 Perhaps the least known of the Makhene brothers, Clifford "later formed the trio Fire and Flame and recorded a maxi single under DGR (David Gresham Records). The hit, 'Whole Lot Of Love', sold the maxi single like hot cakes on a Christmas morning. In the trio "Fire" was Cliff Makhene, "Flame" were two songbirds, Gladys Ramela and Diana Ncube." (Mojapelo 2008:35)

'Whole Lot Of Love' is slowed down disco funk; 'Let's Jive' is cheesy pop written by Dennis East, later famous for his role in the Afrikaans market. 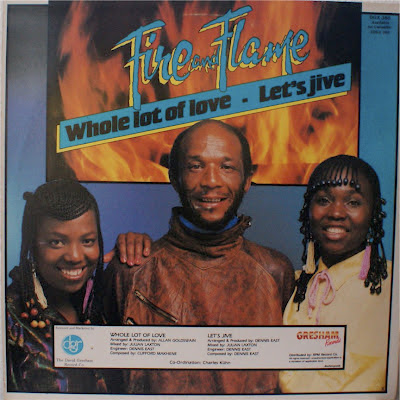