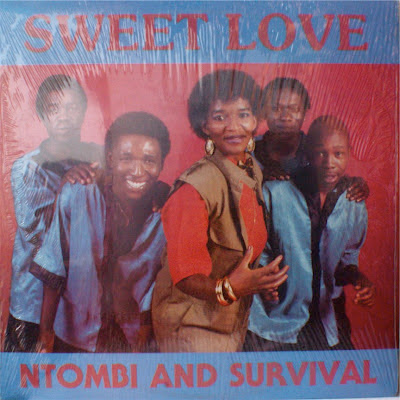 Upmarket bubblegum in the mould of Brenda & The Big Dudes. "Ntombi Ndaba was another female star of note in the eighties. Her career will always be associated with her manager and producer 'Rubber' AT Khoza as well as her backing band, Survival. In 1985 she released two self-written maxi singles 'I Can't Let Him Go' and 'Think More About Me' produced by Clive Risko and engineered by Jan Smit on Reamusic's Ream label. 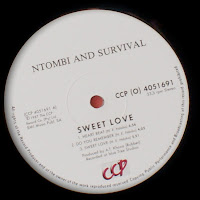 "The year 1987 found her at CCP Records released a Rubber Khoza produced and arranged album What Is It With Me (Yini Ngami) with all the tracks self-written and engineered by Fab Grosso on CCP's Hi-Trax label. Another big hit of hers was 'Sweet Love' from the self-written album of the same name ... In 1989 her backing band released its own album The Big Mechanics under the name The Survivals on the Anneko label" (Mojapelo 2008:106). 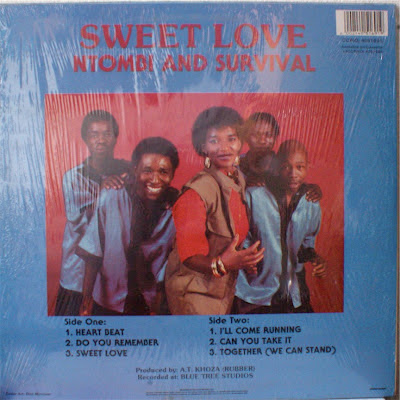