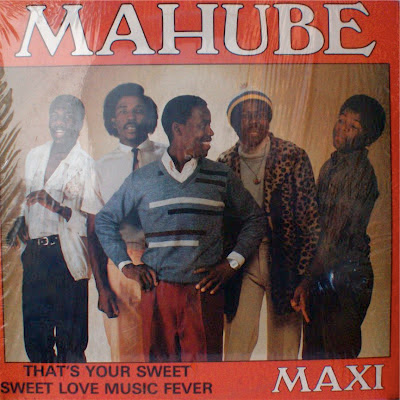 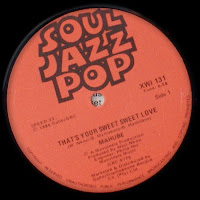 Formed in 1979 in Mamelodi, Mahube were later joined by singer Vusi Mahlasela, and after years of practice put out this, their first album, produced by the legendary West Nkosi (Mahlathini & the Mahotella Queens). This is thus the first recording of Mahlasela's illustrious career, recorded at the tender age of 21. Both tracks here are energetic, innocent bubblegum. Since then "The Voice" has gone on to become one of South Africa's most acclaimed and well-travelled artists. 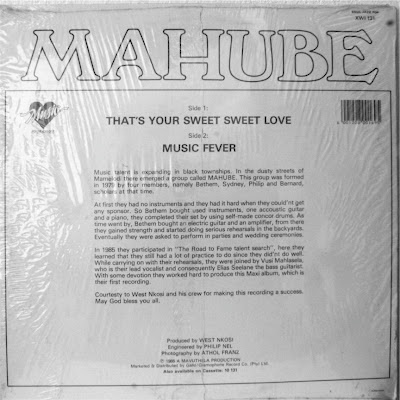