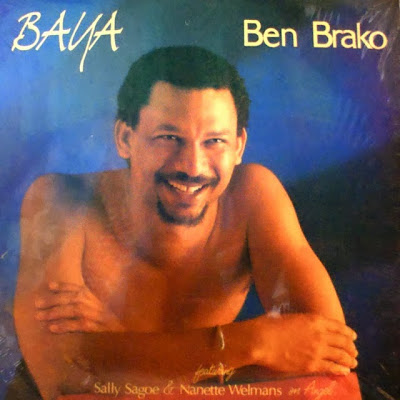 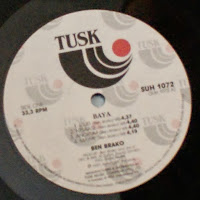 Debut album by popular Ghanaian musician/teacher/businessman, released in South Africa by Tusk a few years after its initial release in 1987. Baya brought his talents to the attention of the nation and to African music lovers worldwide, going on to win the Leisure Foundation Album of The Year 1987 and Musician of the Year 1987, receiving Gold status in 1988. He was rewarded further for his musical talent by winning the ECRAG Mahogany award for consistency in highlife music in 1989. This coincided with the release of Ben's 2nd album Everybody. He made a comeback in 2007 with the album Adenda and is still active today. 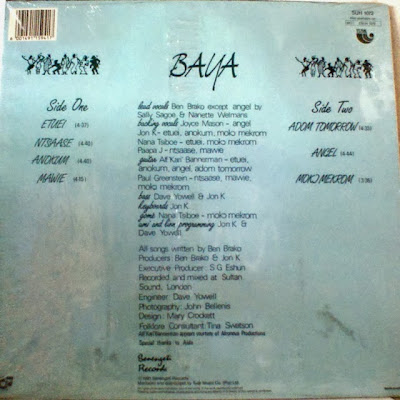