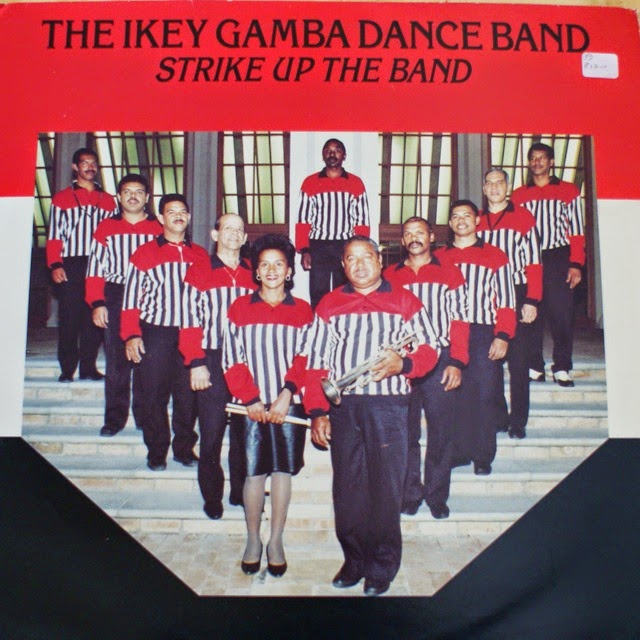 An institution of the Cape "langarm" sound, the Ikey Gamba Dance Band (aka Orchestra) formed as early as 1951 and incredibly are still around today, a family band of three generations of Gamba's and friends. Their 1989 album Strike Up The Band is classy ballroom jazz with a bossanova influence. The band 11-piece ensemble sees Ikey Snr on electric piano lead a horn section of six, rhythm section of two, with two vocalists. Titles include 'I Go To Rio', 'Manhattan', 'Rainbow Connection' and 'In The Mood'. 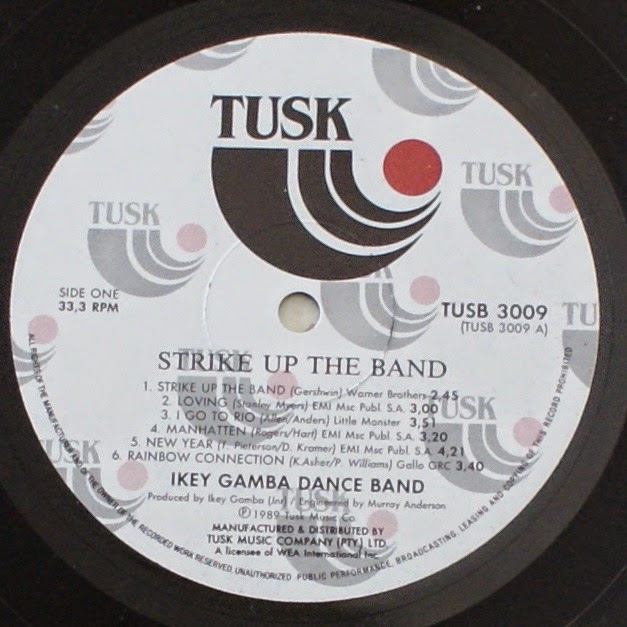 Writes Ikey Snr in the liner notes: "Started 38 years ago my myself, my late father and mother and friends. From the start-up till today, this is still a family band. Athough this album is dedicated to me, tribute must be given to all the members of the group..... Lastly my two sons Andre and Ikey (Jnr), who I hope will carry on when I retire, which will be in the near future."

In the 2013 book Sounding The Cape, Denis-Constant Martin writes: "The repertoire of Ikey Gamba's langarm band is extremely diversified, and has absorbed kwela, boeremusiek, Indian music, as well as Brazilian samba." (Martin, 2013:346). 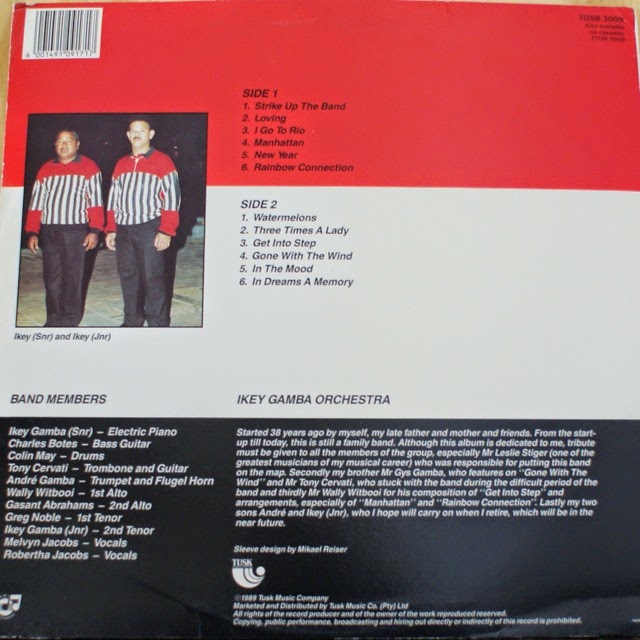