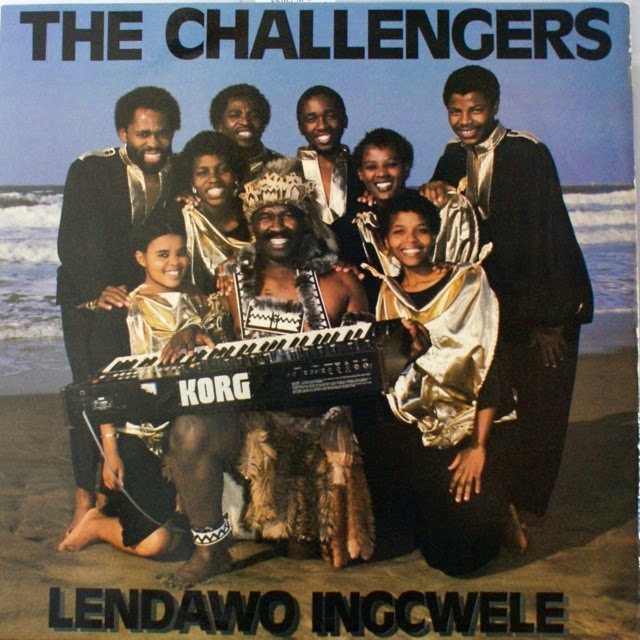 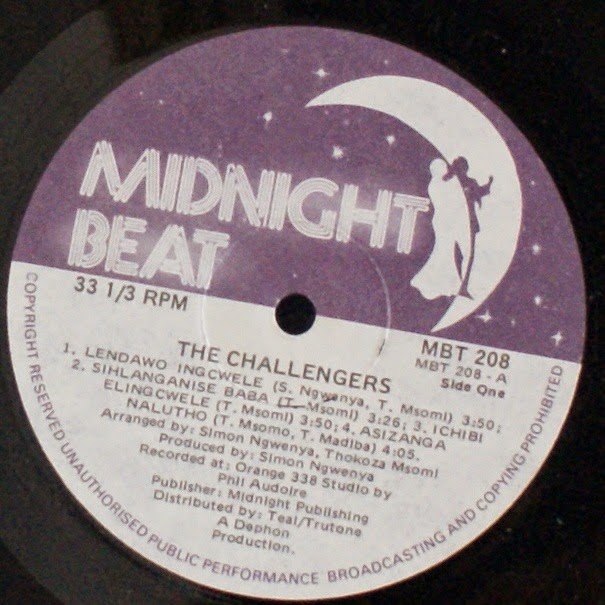 The Challengers were a popular Zulu gospel group not afraid of a synth or two, as the cover of this album (translated at "this holy place") suggests - partly no doubt due to the influence of producer and co-arranger Simon Ngwenya (Indod'engaziwa, Abakhwenyana). Altogether The Challengers released some 20 albums over the years. The key figure behind the group was Thokoza Msomi, who later established groups like iThemba Lama Khatholika (since 2001) and oMama be Nqaba yamaKhatholika. 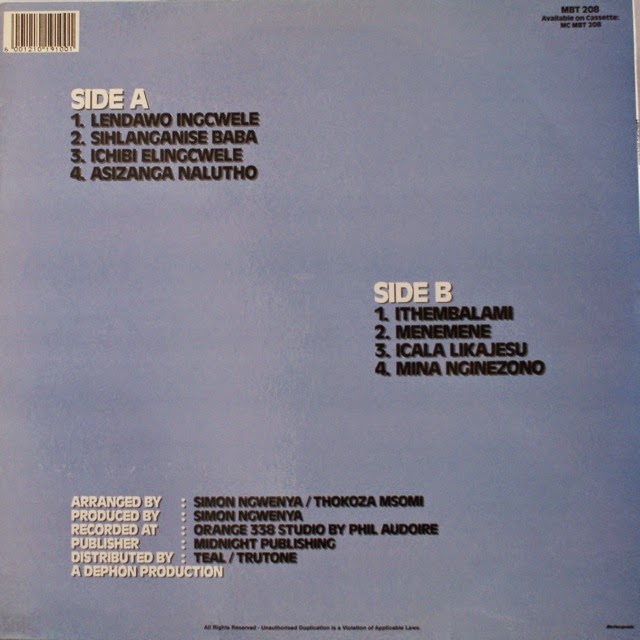