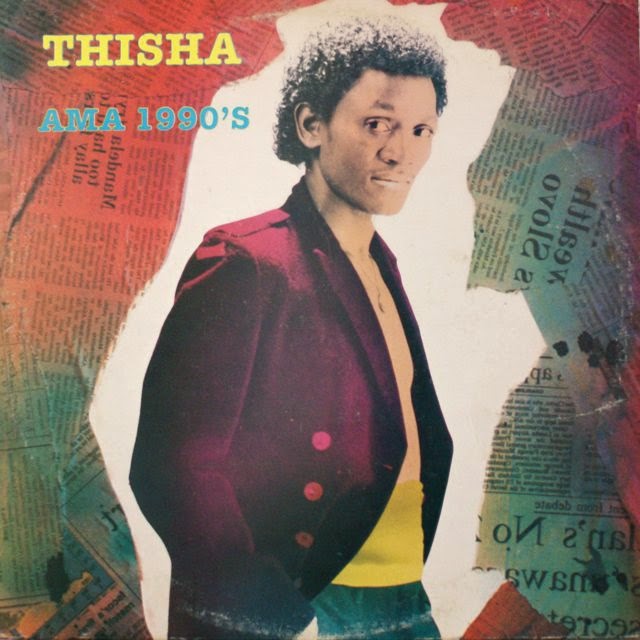 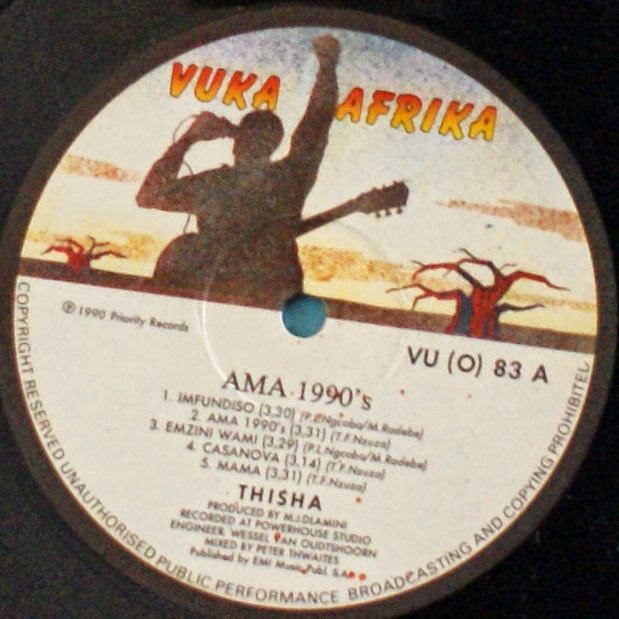 Thisha began his recording career in 1981, releasing albums like Geza, Thisha and Woza Year 2000, often backed by the mighty Soul Brothers. According to the liner notes, "In 1986 he was involved in a terrible car accident, and was hospitalized for over 10 months. But nevertheless Thisha came back stronger than before. He went on to record Nto Zami and has now followed up his success story with Ama1990's. The album that has everything enjoyed by the music lover! What impresses the most, is the variety of the songs and the style that confirms the confidence of so many thousands of fans - enjoy!" 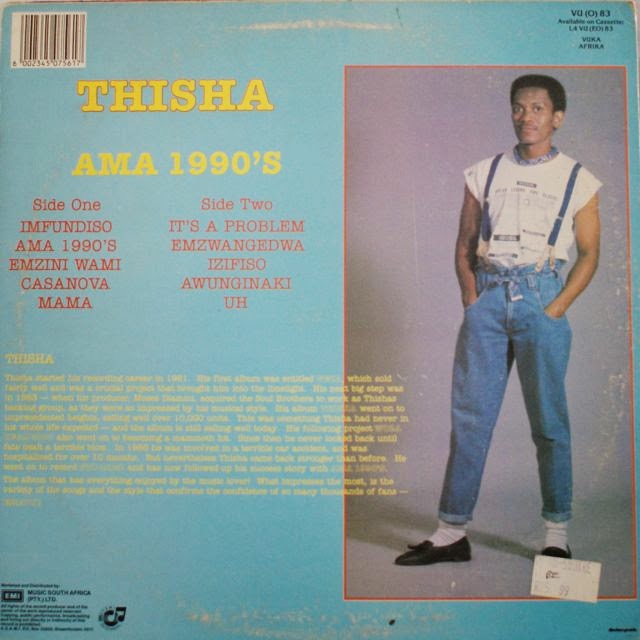