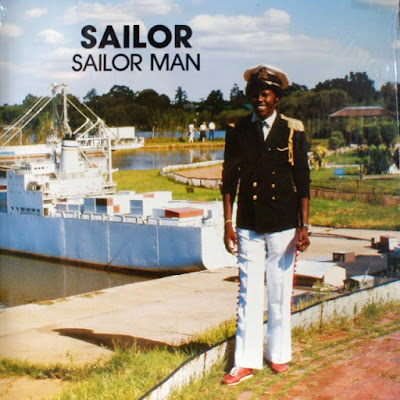 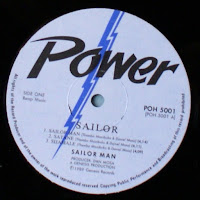 Potent synth-powered bubblegum by Themba Mazibuko, singer in Mordillo, the former backing back of Shangaan disco king Paul Ndlovu, who until his untimely death in a car accident in September 1986 was known for his trademark sailor's cap. In 1987 Mordillo released their first album without Ndlovu, naming it Sailor Man in tribute to him, and retained the nautical dress code thereafter. After two more albums, Mordillo split, leaving Mazibuko to continue the legacy. In the album notes he give thanks to Ndlovu: "He reintroduced me to the music industry. I was no longer interested, but due to his encouragement I'm back but this time as a soloist...Sail on Sailorman!" 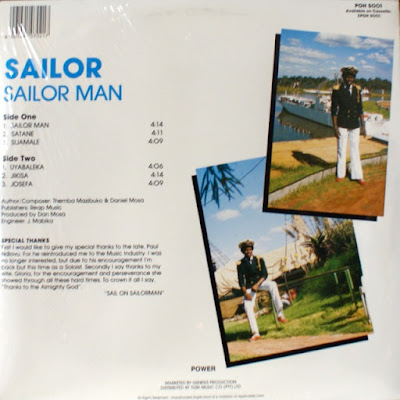