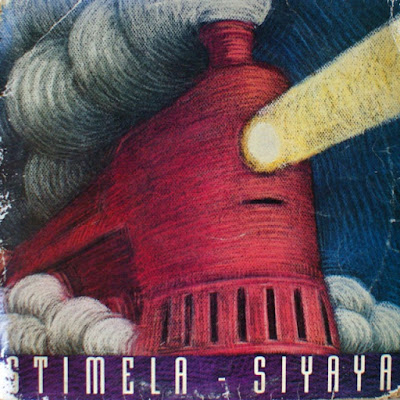 Stimela's 1991 album Siyaya (we are moving) came at the end of a golden run of iconic albums, starting in 1984 with Fire, Passion and Ecstasy and until 1989's Trouble in the Land of Plenty. Frontman and founder Ray Phiri was in 1990 invited to feature on Paul Simon's Rhythm of the Saints album, the long-awaited follow-up to Graceland. Phiri reportedly left the group around this time to concentrate on his solo career, in 1990 signing to French label Barclay, but after his 1992 solo album People Don't Talk, So Let's Talk things never quite panned out as hoped. Stimela continued with Nana 'Coyote' Motijoane, who had been hired to share vocal duties with Phiri a few years earlier. One of the country's most distinctive and powerful vocalists, Coyote had long proved an able substitute, and the stream train marched on. The core line-up remains intact on this album, with Isaac Mtshali (drums), Lloyd Lelosa (keys), Thapelo Khomo (keys), Ntokozo Zungu (guitar) and Charles Ndlovu (organ) with Sandile Ngema replacing Jabu Sibumbe on bass. Also featuring a young Ringo Madlingozi.

Though not featuring on every track Phiri was still closely involved in Siyaya as a co-producer, and provides guitar and vocals on two of the eight tracks, 'Rhythms of Oneness' and 'The Guys Are Doin' It' (a nod to Hugh Masekela's 1975 hit). Though arguably considered to not fall within the band most revered albums, it still contains some of their greatest hits, 'African Changes', 'Go On (Living Your Life)', 'A Song Tells a Story' and 'Siyaya Phambili' (we are moving forwards), a song that answered many of the band's skeptics and also captured the sprit of political change at the time. Three songs of the best known tracks from this album were included in Stimela's 1992 UK release, Kululani.

Stimela continued to release albums, including Don't Ask Why (1994), Out of the Ashes (1996) and more recently Turn On The Sun (2011) but struggled to maintain the same relevance or success as during their prime in the second half of the 1980s 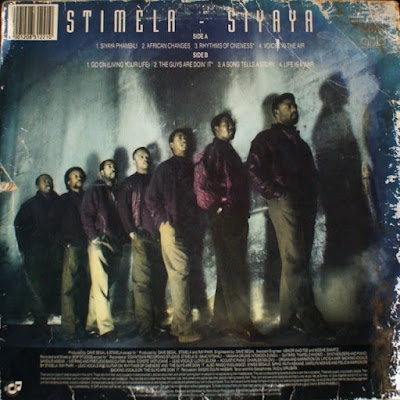