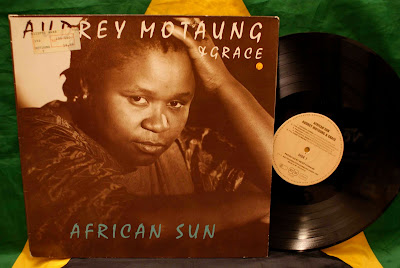 Born in raised in rural Limpopo, Audrey Motaung moved to Johannesburg and got her break as back-up singer and percussionist for multiracial Afro-rock pioneers Hawk (released in Europe as JoBurg Hawk). She decided to take her chances in exile in London in the late 70s, before relocating to Hamburg in Germany. Her debut album African Sun is a mediocre effort, but significant in that it launced her successful career in Europe. In following album she explored acid-jazz (Colours Can´t Clash), gospel and blues (1995's Light). During apartheid she played an active role in the exiled ANC in Hamburg, though sadly she remains largely unknown in South Africa. 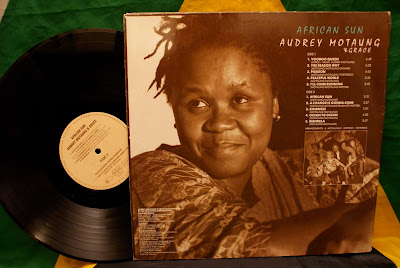