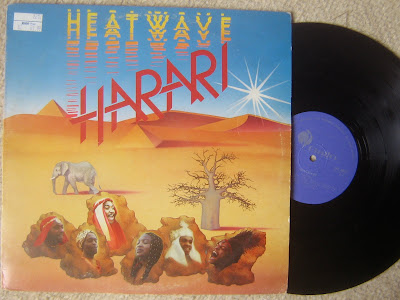 Formed in the late 60s in Soweto, the Beaters changed their name to Harari after a three month tour to Zim in 1976. Hugh Masekela invited them to the USA in ‘78, but on the eve of their departure, leader Selby Ntuli died. The tour fell through and drummer Sipho Mabuse found himself in charge, soon leading the band in a more commercial, flamboyant direction.

The first black pop group to appear on SA television, Harari were also the first to cross-over to white audiences. Undeniably funky, almost all their songs were sung in English, and at their peak, Harari were putting out a rock-funk hybrid with minimal “traditional” African influence. Their biggest album, Heatwave (1980) was released in the USA and led to a two-album deal with A&M Records. In 1982, their single “Party” (off Heatwave) entered the American Disco Hot 100. Other titles such as “Good Vibes”, “Dancing Singing” and “Get Funky”, the space-cadet outfits, nicknames and star-signs all reflect the dizzy escapism the band offered audiences of all races. Key personnel include bassist Alec “Om” Khaoli (Scorpio!), Charlie ‘Babas” Ndlovu (Taurus!) on keyboards and Masike ‘Funky’ Mohapi (Libra!) on guitar and vocals. 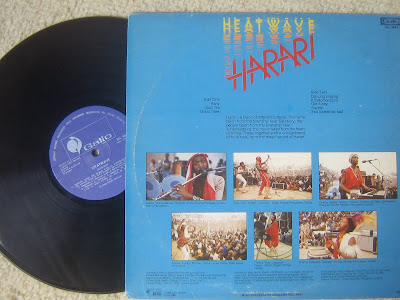