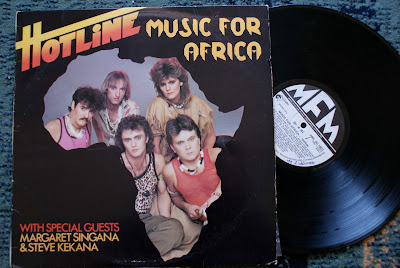 All-white crossover act Hotline was fronted by the inimitable PJ Powers (SA's answer to Tina Turner). From their initial straight-up rock appeal, regular gigs in Soweto, where they were warmly received by black audiences, led to an increasing affinity with African music and style. 1983's "Music for Africa" features Margaret Singana (guest vocals on the title track) and Steve Kekana on "We’ve Got Love". As if to prove a point - during the dark days of apartheid, a political statement that few other bands were willing to make - most song titles feature the word "Africa", the only decent one being "Rhythm Africa," a glam-inspired call-and-response number. 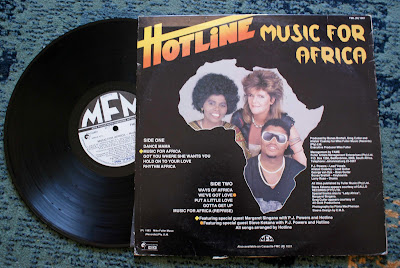