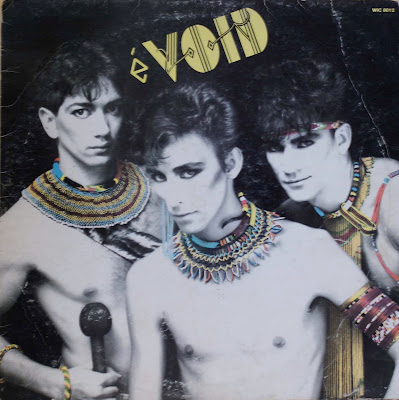 Classic debut from one of the few white rock bands to successfully incorporate African sounds and styles as a means of resisting the status quo. "Taximan" (featuring Bakithi Khumalo on bass) and "Shadows" remain two of the biggest hits to come out of the 80s. éVoid were also right on the button when it came to experimenting with new synthesizer sounds. Tracks like "I am a Fadget", "Inda-inda-Indaba" and "Urban Warrior" give Eno-era Talking Heads a run for their money. Performed alongside Steve Kekana, Sipho 'Hotstix' Mabuse, Juluka, Hotline and a host of others at the famous multiracial "Concert in the Park" at Ellis Park in January 1985 for Operation Hunger. Left for the UK soon after to escape conscription.

The albums executive producer was Benjy Mudie, who once played bass in the band and who signed them to WEA in the early 80s. He is also the one responsible for remasters and re-releasing the album on his Retro Fresh label. This is what he had to say about the album: "I listen to éVoid’s first album, made for like R8000. And it sold gazillions, right.  I listen to it now, 27 years later, and I think ‘what a great fucking pop record’. I mean ‘Taximan’ still has a vibe. And we made that record in two days.. I hear it now and I think ‘fuck, what a brilliant song!’. It still cuts through anything on radio, when radio does play it." 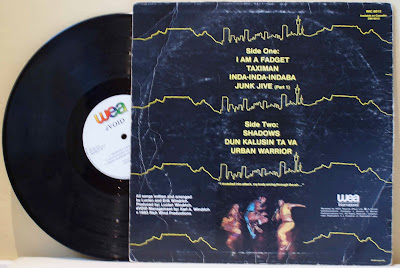