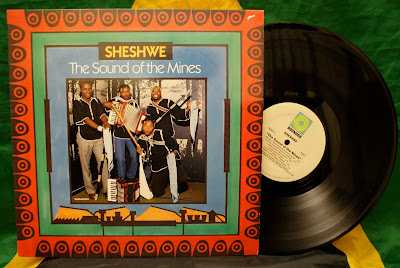 International compilation featuring four South Sotho bands: Manka Le Phallang (translated as "The River"),  Majakathatha ("struggling"), Manonyane A Moama ("the birth of Moama") and Sebata Sebata ("The Wild Animals"). For many around the world, a rare glimpse during international isolation into the rich culture of the Basotho.

"The four bands...are all traditional South Sotho - or Sheshwe - bands, based in the goldmines of the Orange Free State of South Africa. Their members are migrant mineworkers with their home roots in the majestic mountain land of Lesotho. Their music strongly represents the culture of their people.
On any given weekend or holiday from the mines, one may find one of these bands playing in a dusty mining compound, to the obvious enjoyment of their compatriots.

"The traditional South Sotho instruments are the accordian, sometimes a bass, and percussion - including a characteristic large drum with a type of 'high-hat' made from many bottle caps. The music is interspersed with whistling, and is both sung and spoken by way of a fast energetic rap. The lyrics themselves are virtually ad lib - with the singer making up ideas and anecdotes as he goes along, prodding the audience into response and action. The Sheshwe bands are probably the most uninhibited of all traditional African musical groups.

"The South Sotho bands have become extremely popular with the fellow-countrymen on the mines, and indeed represent a vital part of their culture. Their musical style is unique, as is their own brand of humor, yet another bright facet of the many-sided South African culture." 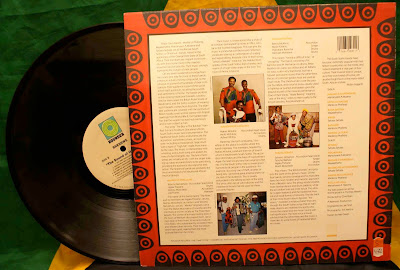