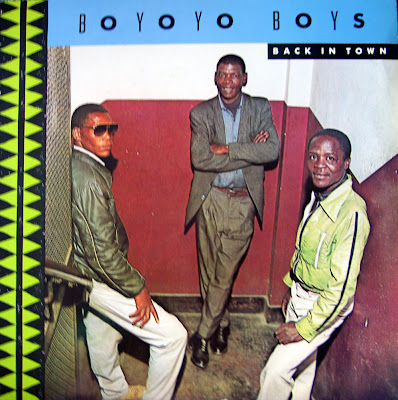 The band that inspired both Malcolm McLaren's Duck Rock (1983) and Paul Simon's Graceland (1986), the Boyoyo Boys first emerged in the late 1960s. They sold over 20 gold records in 15 years, their blend of mbaqanga and township soul proving a major influence on the Soul Brothers and their many imitators. After slipping off the radar briefly, the Boys made a comeback in the late 70s with hits like "Pretoria" and "Brakpan special". Following the death of drummer Archie Mohlala, stabbed in a shebeen brawl in 1984, the Boys took a break. Following the success of Graceland (Lulu Masilela and Jonhjon Mkhalali performed and co-wrote “Gumboots), they finally received some international attention, and released this album in 1987, proving to the world that they were "Back in Town". 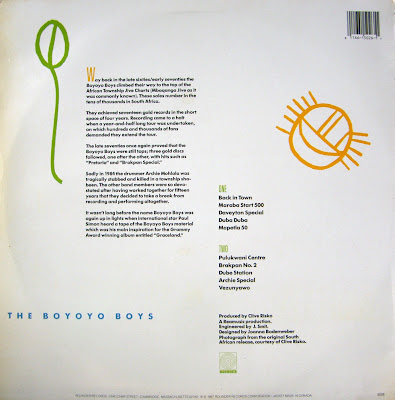