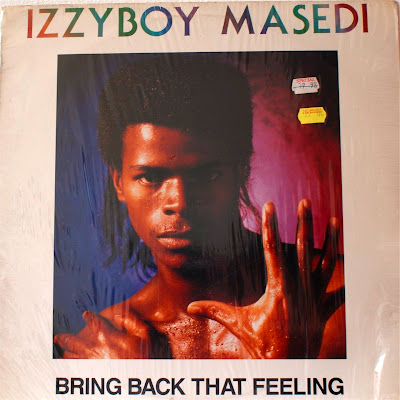 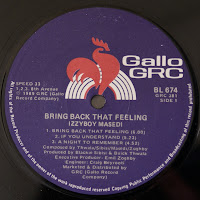 Like the tunes; love the hair! Following up on 1986's I'm Tired of Making Love, Izzyboy drew on members of Step Ahead, backing band for blind star "the Silver Fox" Lazarus Kgagudi and more notably, Brenda Fassie - after she had left the Big Dudes. (this was between 1987 and 1990, after which Loading Zone took over). Names here include keyboardists Buick Thwala and Phiri Motale, Blackie Sibisi (guitars), Toto Moloantoa (bass), Veli Ramauwane (percussion) and Negro Mlotshwa (backing vocals). Throughout the six-track album, their contributions are miles apart from that of the more mediocre stuff from the era that relied too heavily on Japanese drummers. Best songs include pulsating American-influenced pop of 'Are you ready for love' and the synth-infused Afro-soul of 'Mama's Jane', while 'What A Shame' has 80s-era Phil Collins written all over it. 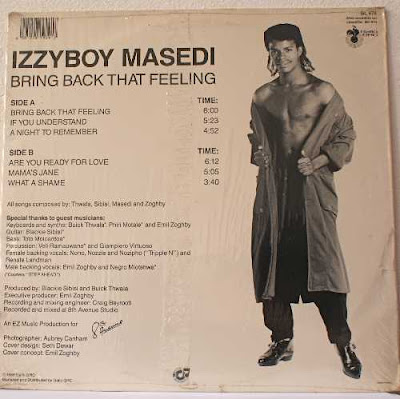