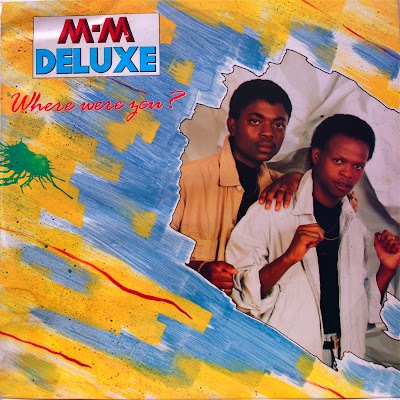 Early release from two of the biggest stars of the 90s kwaito scene, M'du and Spikiri. Featuring labelmates Monwa & Sun's input on production and backing vocals and inspired by Sello Chicco Twala. "Where were you?", "Muchacho", "Hurry Up",  "New Generation", "Dangerous" and "Hip-o-Jo" - all six tracks are slick early house tunes made without any real instruments, the missing link between bublegum and kwaito.

"Cool Spot Productions in 1989 released the music of yet another young male duo, MM Deluxe. The name was made up of the first letters in the names of the two musicians, Mduduzi and Mandla. It was co-produced by Monwabisi Yekani and Mally Watson. Backing vocals were provided by Poth Nkotsoe, Gabi Mdlulu, Amelia and Khulukazi Mnwela. This was the beginning of another musical journey as the two musicians, Mduduzi Masilela and Mandla Mofokeng later went their separate ways to unleash a string of hits in the new genre called kwaito music." "M'Du was born Mduduzi Masilela in Zola South, Soweto...M'du worked with musicians like Pat Shange, Yvonne Chaka Chaka and Chicco at Dephon to gain more experience and exposure. It was in 1988 on completion of his matric that the above MM Deluxe was conceived. He started experimenting with sound, mixing European and township sounds to create new sound. In 1990 he found himself working with Peter Snyman as producer and engineer and released LA Beat, which did very well and encouraged him to continue with production..." (Mojapelo 2008:169) 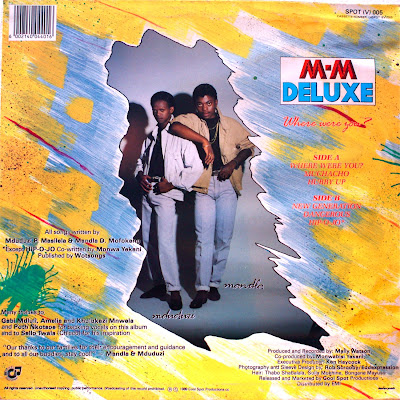