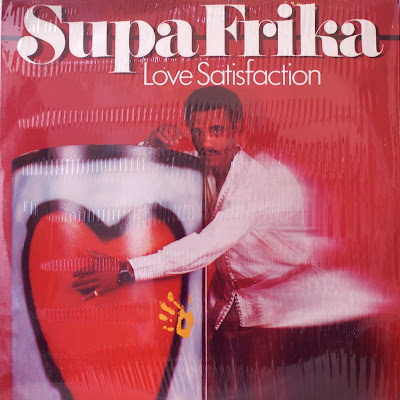 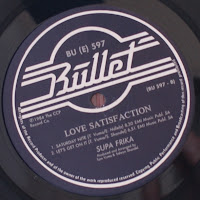 Four-track disco funk album from the mid-80s, produced by two of the biggest names in the business. All the tracks are winners -  'Love Satisfaction', 'Dance the Nite Away', 'Saturday Nite' and 'Let's Get On It', and helped make Supa Frika one of the biggest amongst a host of talented soul singers from the era - including Lionel Peterson, Al Etto, Jonathan Butler and Ronnie Joyce of The Rockets.


"Some of the stars (to come out of 70s soul act The Minerals) include Supa Frika aka Henry Maitin from Eldorado Park who had cut his teeth in music with a group called Revolution. Maitin became a superstar after a studio concept by Tom Vuma and Selwyn Shandel at CCP Records, but unfortunately his career was cut short by a shooting incident that left him paralysed. He'll always be remembered for hits like 'Let's Go Shopping', 'Saturday Nite', 'Love Satisfaction' and 'Love Is On Our Side'." (Mojapelo, 2008:18). 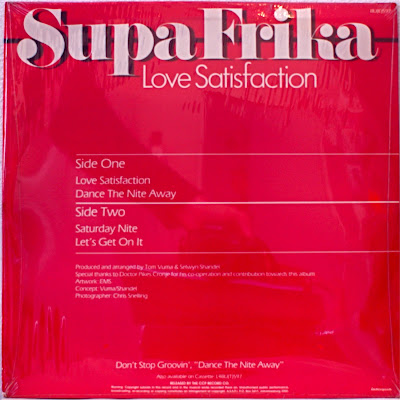