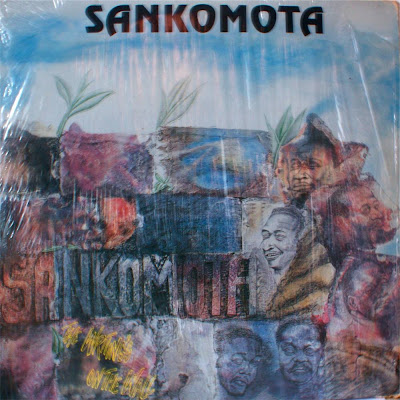 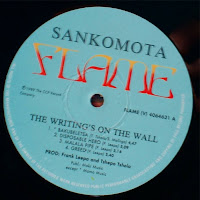 Another long-time institution of SA music, Sankomota blended jazz, soul and pop to create timeless, sophisticated tunes that could've been put out yesterday. Formed in Lesotho by Frank Leepa, Moss Nkofe and Tsepo 'the Village Pope' Tshola, who was part of Hugh Masekela's Botswana-based band Kalahari.

"While in London with Hugh Masekela, Tshola met Julian Bahula (Malombo) who encouraged him to bring Sankomota to England. Subsequently Sankomota stayed for a long time in England, performing and developing their product. Some of their albums are The Writing's On The Wall, featuring Tsepo's composition 'Papa', and Exploration - A New Phase (1991) featuring yet another Tshola composition, 'Stop The War'." (Mojapelo 2008:214) 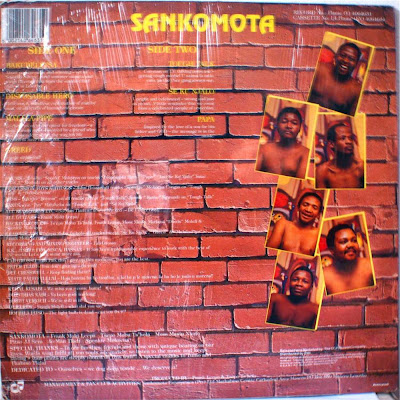